OP-ED: The so-called “just transition” will leave Canadians cold and in the dark 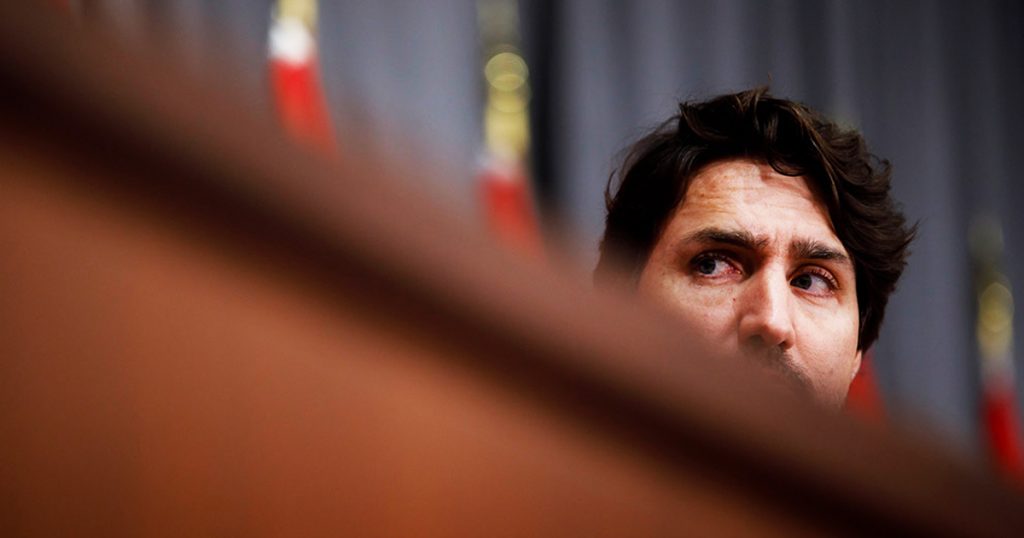 Gregory Tobin is the Digital Strategy Director for the Canada Strong & Proud network of pages. Working in graphic design, video editing, social media management and much more. His career has seen him work on numerous political campaigns across the country.

A key theme in all the best Christmas films is when characters experience distressing moments that cause them to rethink their outlook on life.

One thinks of the Grinch, Scrooge, or George Bailey. They find their Christmas spirit and make the compassionate choice to be optimistic, and give up their old bad ways.

One person for whom that doesn’t seem to have happened over Christmas, though, is Prime Minister Justin Trudeau, and his “just transition” agenda.

So what is the “just transition”? At its most basic level, it is a plan to phase out Canada’s best in the world oil and gas industry. Leaving us with only unreliable and intermittent wind turbines and solar panels for our energy sources. And any fuels we do use are imported from countries like Saudi Arabia and the United States.

It also means replacing all oil and gas jobs in Canada – some of the highest paying jobs in the country and frankly the world – with jobs like solar panel installer.

It’s unrealistic, but the Trudeau government is full steam ahead on it.

Natural Resources Minister, Johnathan Wilkinson, made a new year’s announcement that 2023 will see new legislation on the matter brought forward. They’ve even brought on board NDP MP Charlie Angus to help draft the legislation – another unfortunate sign that the Liberals have gone quite far left in their agenda.

And with every passing item on their agenda, our allies outperform us. Leaving Canada playing catch-up, if the government even bothers to catch up at all.

In 2015 the United States exported zero LNG. But in 2022, America became the world’s largest exporter of Liquified Natural Gas (LNG). It is simply ridiculous that Canada isn’t at the top of that list. We have the best product, made to the best standard, made by the best workers in the field, with extremely low emissions. The only thing stopping us from getting the product to market is government willpower.

America is also becoming a leader in Carbon Tech – which is using technology to reduce emissions, or even remove CO2 emissions from the air and re-use it as an ingredient in all kinds of things like concrete, alcohol, carbon nanotubing and much more. Again, something Canada is doing, but should be the world leader in.

We’re already experiencing something called “carbon leakage” – which occurs when Canada stops producing a given product, due to government efforts to reduce domestic emissions. But the demand for that product is still there, and so buyers end up going to places like China – who are happy to sell their coal and other products which are made with little to no environmental standards at all.

And because of the government’s lagging behind, we’re also going to see “job leakage” start to occur. Where workers who aren’t interested in being solar panel installers will go to the States or elsewhere to make big bucks in the Carbon Tech engineering world.

But Trudeau does not seem to want to make Canada #1. And because of his attachment to an outdated eco-radical ideology, we have left it up to countries like Qatar and the United States to sell their LNG to the European nations begging for it. And they’ll make billions.

Billions that could pay for hospitals, schools, roads, doctors, teachers, and good-paying jobs. Imagine if it was us benefiting instead?

But so long as the prime minister can say he cut some domestic emissions somewhere, he is happy to do it, even if it leaves Canada behind.

This “just transition” off of oil and gas and nuclear is what has left Europe burning garbage to keep their kids warm. We cannot allow the same crisis to come to our shores.

Let’s work towards an energy transformation – driven by innovation – that will allow us to continue using the energy and products we make here, to the best standards in the world, use Carbon Tech to make it all low emissions, and sell those products to a world that needs them.

What we don’t need is more of the same old top-down bureaucratic ideas that don’t work, from a tired government, that leaves us and our allies cold and in the dark.