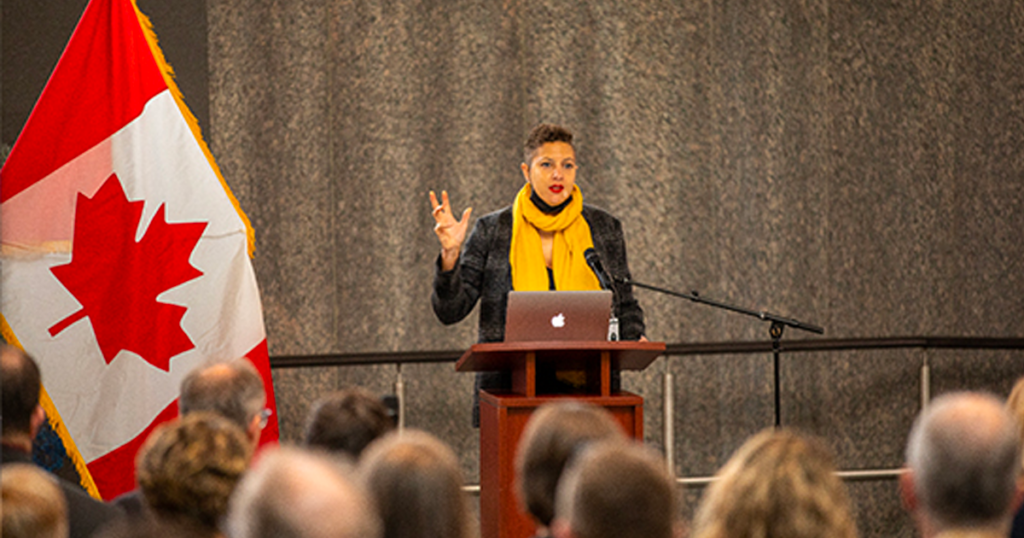 The Department of National Defence recently held an event where public sector executives were lectured about their implicit racial biases and told how Canada was “completely infected” by the spectre of white supremacy.

A recap of the Dec. 13 EX Town Hall event quotes keynote speaker Rachel Zellars, Saint Mary’s University Social Justice professor, saying white supremacy comes “in all shapes and sizes.” She was specifically referring to the Freedom Convoy protests, according to the recap provided by National Defence.

“White supremacy is a global problem that has completely infected our nation,” said Zellars. “It comes in all shapes and sizes, and cleans up real good.”

While responding to the talk on Twitter, National Post columnist and Quilette editor Jonathan Kay quipped about the Canadian military’s combat readiness.

“The next time Canada goes to war, we’re going to blow our enemies away with our knowledge of anti-oppressive praxis, intersectionality, decolonization, and trauma-informed pronoun usage,” tweeted Kay.

The talk is in line with the department’s growing preoccupation with rooting out alleged systemic racism from its ranks and decision-making.

In May 2022, the Ministry of Defence released a report about how white supremacy was one of the biggest problems plaguing the Canadian military.

“The failure of the Defence Team to be representative of Canadian demographics is rooted in the system that was created by European settlers,” the report reads, before citing a claim that Canada has “300 active far-right extremist groups” operating in the country.

“Indigenous Peoples have suffered unimaginable generational trauma and genocide at the hands of Christian religious leaders through initiatives such as Residential School and Indian Day School programs,” the report stated.

The year prior, the department also held an “ask me anything” event on the topic of “white fragility.”