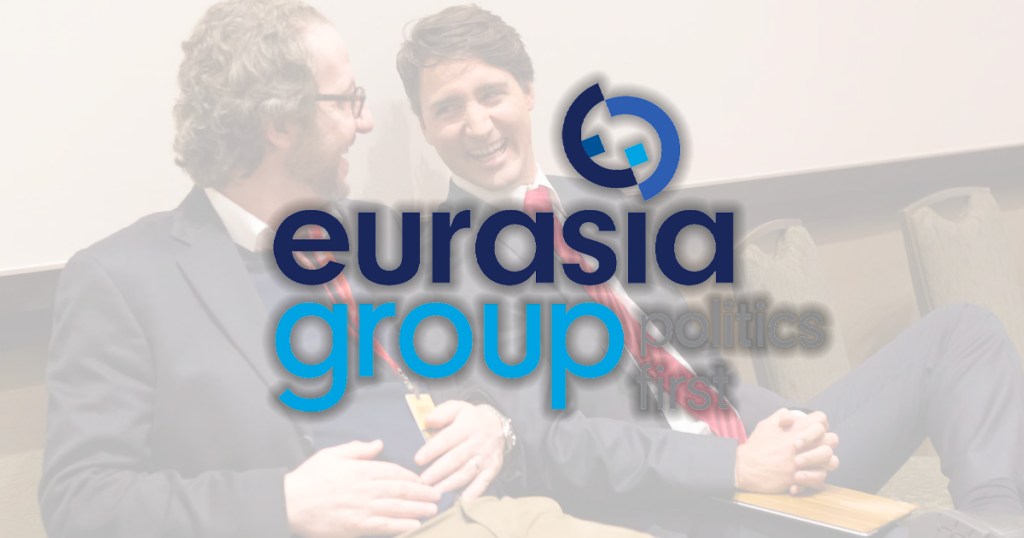 Consulting business Eurasia Group, which counts former Trudeau senior staff Gerald Butts as one of its key players, claims Canadians are becoming more polarized, particularly on the right, and that the country is heading towards political instability.

Eurasia Group, which has received nearly $1.5 million in funding from the Trudeau government since 2017, says the risk of political turbulence stems from conflict in the United States.

“The toxic political culture in Washington and throughout the United States is spilling across the border,” Eurasia Group President Ian Bremmer told CBC News. “It is likely to get worse in the coming year.”

The report titled Top Risks 2023 writes that Canada is facing “contagion” from the United States as both countries see a declining trust in traditional media sources.

The report points to last year’s Freedom Convoy that “ostensibly protested Covid-19 vaccination mandates” as a turning point that had “deepened polarization and regional antagonism in Canada.”

“Hyper-partisan tactics from premiers that will lead to increasing factionalization of Canadian politics,” the report predicts. “We will see closer coordination between American and Canadian far-right and far-left fringe groups.”

Neither the report nor Mr. Bremmer made any mention of the role of divisive and inflammatory comments Prime Minister Trudeau made regarding those opposed to mandatory vaccines or who supported the Freedom Convoy protest in furthering the polarization of Canadians.

In addition to receiving funding from the government, Eurasia Group employs former Principal Secretary to the Prime Minister Gerald Butts, who now acts as vice chairman and senior advisor at the organization.

In an interview with the New York Times, Butts said that during the pandemic, Canadians “got absorbed into the American culture war” by media outlets like Fox News and Breitbart. “Trumpian ideas took root in Canada.”

“One of the most concerning things about this movement,” said Butts. “is it’s shown how easy it is to pour millions of dollars of dark money into Canadian politics.”

During the Ottawa protests, Butts claimed that the conservative movement in Canada “staged a hostile takeover.”

Gerald Butts is a close long-time friend of Justin Trudeau and was the prime minister’s principal secretary but was forced to resign from his position during the SNC-Lavalin scandal in 2019.