Are US Presidents Getting Older?

Are US Presidents Getting Older?

As Statista’s Katharina Buchholz details below, if Biden was nominated for a second term, he would be 82 when assuming it in 2025. His old opponent Trump, who is expected to run again in 2024, would be 78. 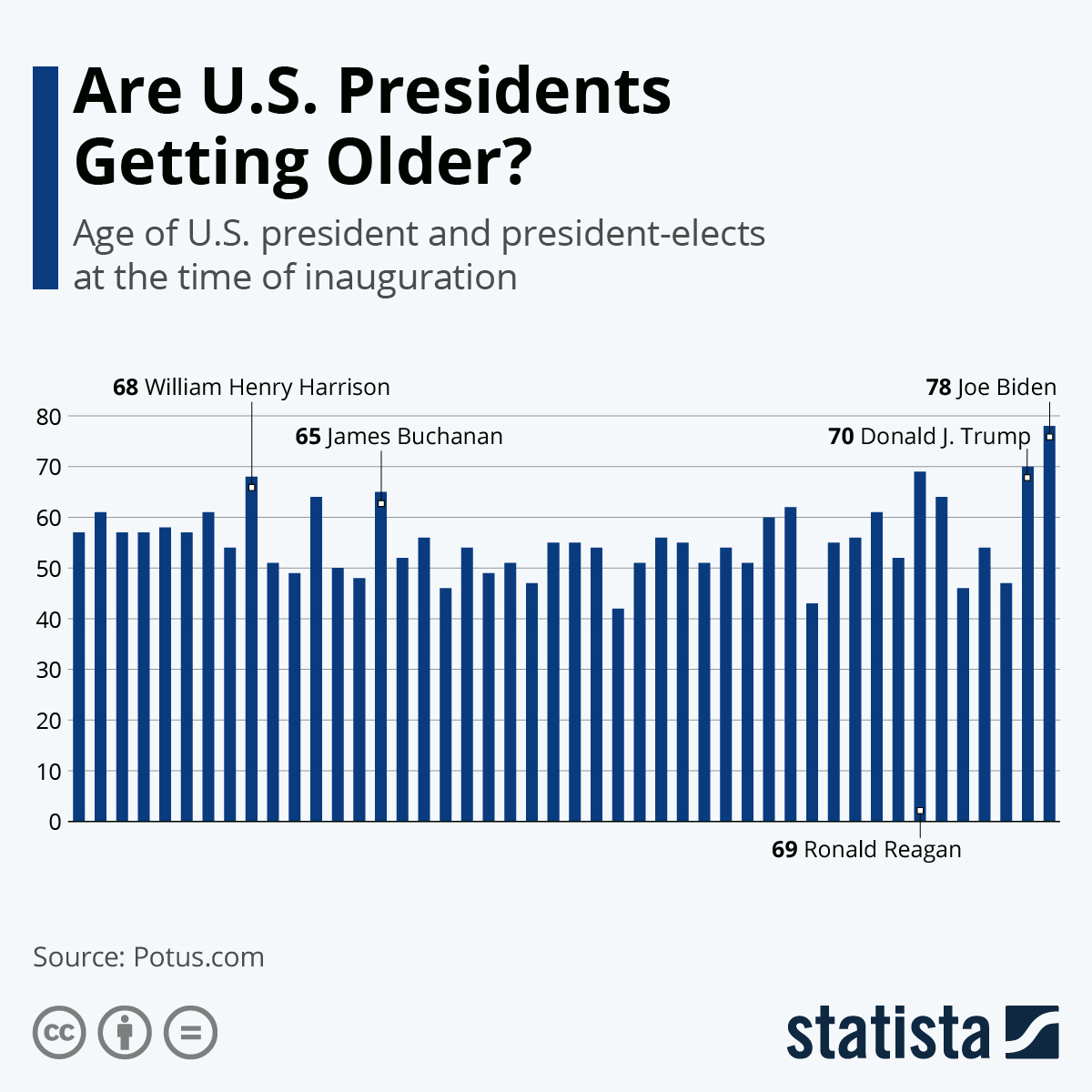 Bill Clinton, who was 46 when he took over, was the third youngest – only John F. Kennedy (43) and Teddy Roosevelt (42) were younger.

The reason we bring this up is that age is the most cited reason why a majority of Democrats do not want President Biden to primary for 2024,  with a bad job performance following close behind. 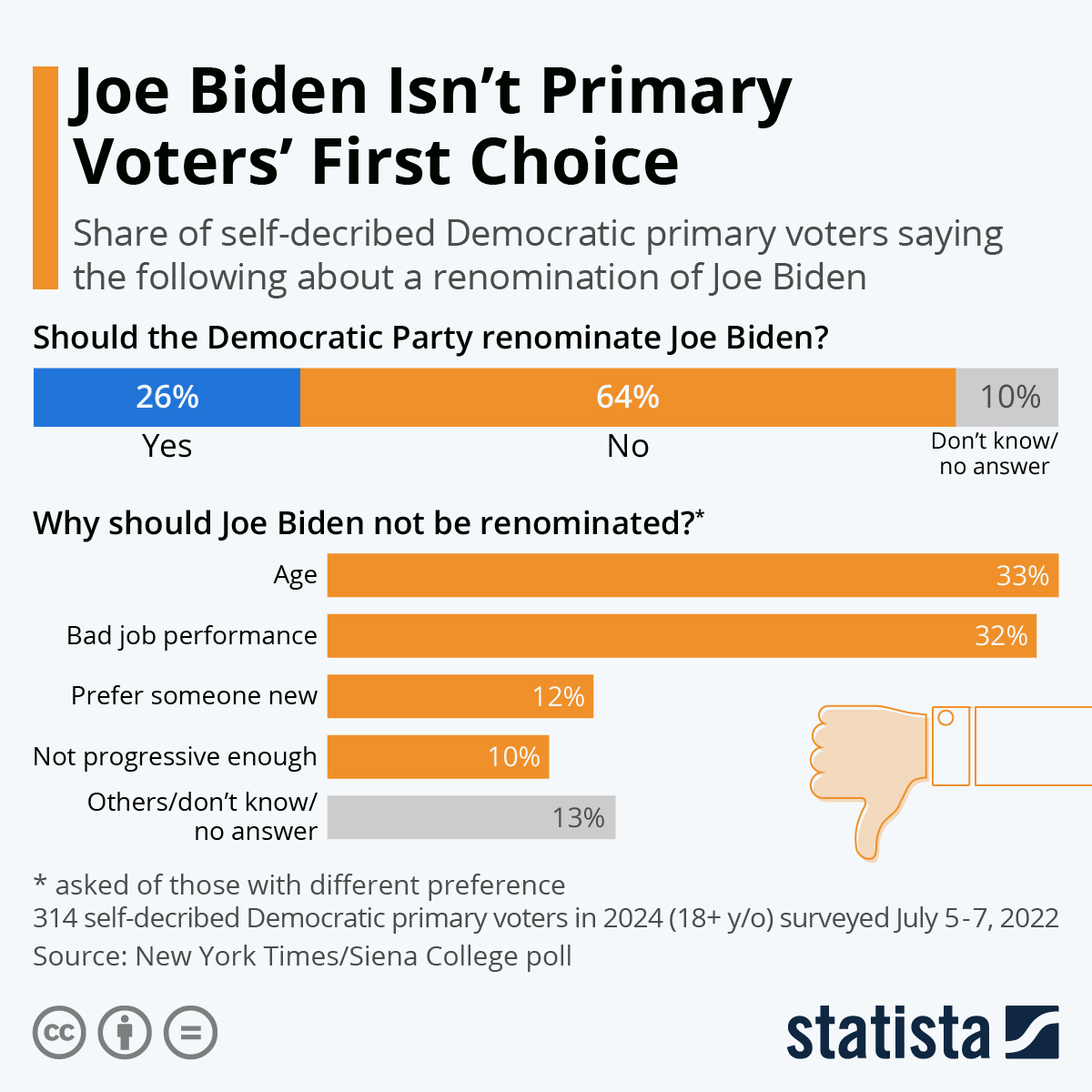 According to The Advocate, it has been almost 170 years since an incumbent president has lost his party’s nomination, the last having been Democrat Franklin Pierce in 1856 over his support of slavery.