Runway At UK’s Largest Air Base “Melted” In Heatwave

Runway At UK’s Largest Air Base “Melted” In Heatwave

Update (1118ET): SKY News reports the runway at the largest U.K. air base “melted” Monday due to scorching temperatures.

Military sources told Sky News security and defense editor, Deborah Haynes, that the runway at the Brize Norton base in Oxfordshire was shuttered because the “runway melted” as temperatures neared 100°F (37.78°C).

Contingency plans have been implemented to ensure there is no impact on military operations, a second RAF source said.

The second source confirmed that the runway had been affected by the heat but did not say it had physically melted.

Runways can be deemed unsafe to use when the tarmac becomes sticky under the sun. -SKY News’ Haynes

BREAKING NEWS: Flights in and out RAF Brize Norton in Oxfordshire have been halted because the “runway has melted” in the hot weather, Sky News understands. 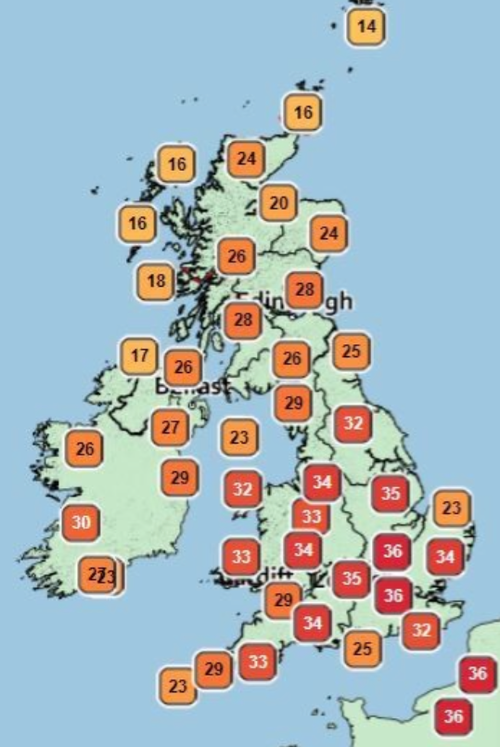 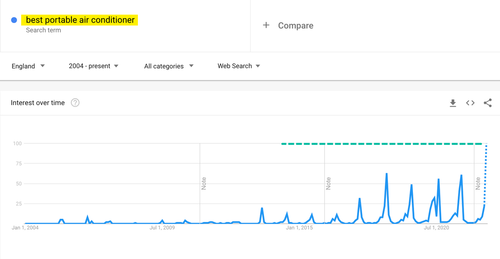 Sky’s Chris England warns that Tuesday will be even hotter, with 106°F (41°C) possible in the eastern part of the country. 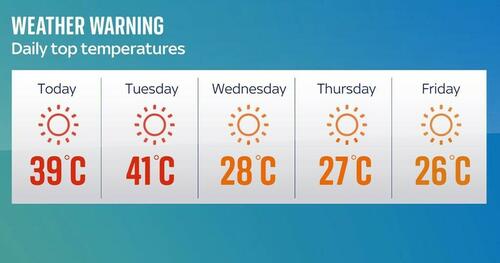 As for tonight, MET expects record-breaking night-time temperatures — it’s going to be a hellacious next couple of days.

A dangerous heatwave that has sparked wildfires across southwest Europe is set to push the mercury to new records in the U.K. and France early this week.

Londoners: a rare Level 4 heatwave has been declared.

Try to stay out of the sun at the hottest periods between 11-3pm & apply sun cream when outdoors.

If you do need to head out, @UKHSA advises to walk in the shade, apply sunscreen, wear a hat and light, loose cotton clothes.

Here are the latest temps across the UK: 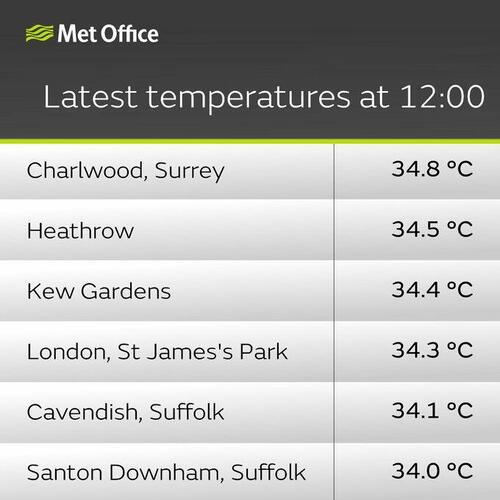 The top ten hottest days in the UK have been recorded in the last three decades. 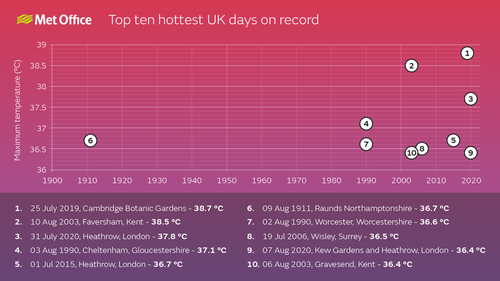 Rufus Cameron, 26, told NYTimes that he’s headed for his parent’s house in southern England because “his flat is hot, outside it’s hot, it’s all a bit much.”

“In England, we have no idea how to deal with this kind of heat,” Cameron said, adding he’s worried about potential delays to the national rail system because of speed restrictions.

“But what can we do with the infrastructure that we have in England,” he added. “It’s not built for this.”

A recent report via Britain’s Department for Business Energy and Industrial Strategy found only 5% of homes in England have air conditioning units installed. With temperatures expected to hit records today, this could increase the risks of elevated heat-related illnesses, including heat stroke and exhaustion.

Today and tomorrow will be one of the worst, if not the worst heatwave events in the modern history of western Europe.

If you ever can feel the direct impacts of human-induced climate change, it’s now. pic.twitter.com/MQw8zbn60l

The extreme heat is also punishing France. Massive wildfires are spreading across southern France, parts of Spain, and Portugal, with more than ten thousand evacuated in France alone.

French firefighters cleared a three-mile-long and 130-foot-wide stretch of land in southwestern France to control a wildfire from spreading.

Tour de France cyclists were given the day off after above-average temperatures were considered too dangerous for the Rodez to Carcassonne stretch, in southwestern France, on Monday. Tour organizers had to spray some areas of roads with water to prevent melting asphalt from disrupting the race.

EU #gas demand remains elevated with the current heatwave raising demand while the #NordStream1 pipeline remains closed at least until Thursday. Supply from Norway has picked up, but (cont) pic.twitter.com/nHCzk2DAm4

Meteorologists described the climate situation in Europe as “an apocalypse of heat.”

Extreme heat can be deadly. More than 1,000 heat-related deaths have been reported in Spain and Portugal in recent days.

The heatwave is the second to scorch parts of southwest Europe this month. The latest developed in northwest Africa, producing a heat dome and an area of low pressure west of Iberia, feeding heat into the continent.