Bloomberg is reporting, according to people with knowledge of the matter, that Apple plans to slow hiring and spending growth next year in some divisions to cope with a potential economic downturn. 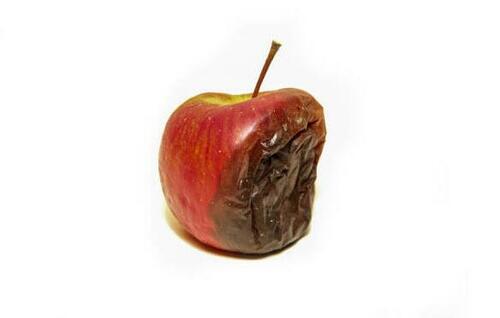 For some groups, the company won’t increase headcount in 2023, whereas it might normally hire 5% to 10% more employees in a given year. It also plans to not fill roles of departing employees for some groups.

The decision reportedly stems from a move to be more careful during uncertain times, though it isn’t a company-wide policy.

The headline prompted selling, slamming AAPL back into the red… 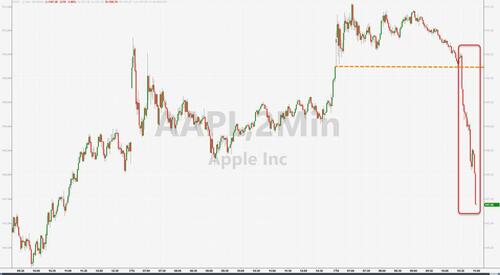 And that is weighing down the broader market… 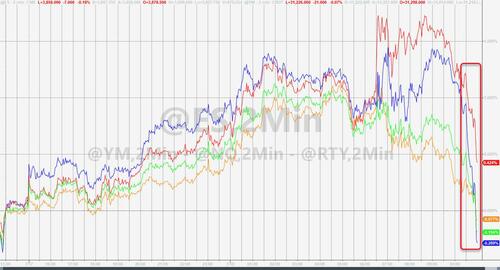 As a reminder, Alphabet, Amazon, Meta, Snap and other tech companies have taken their own steps in recent weeks to rein in budgets and decelerate hiring. Microsoft, Tesla, and Meta have gone as far as to cut jobs – something Apple hasn’t historically done.

As Piper Sandler’s chief economist Nancy Lazar recently noted, “post-covid rightsizing means that lots more layoffs are coming” and adds that “many companies overhired and overpaid during the Covid crisis.” Lazar also points out the obvious, that “the stay-at-home bubble was a bubble, and not a “new paradigm” of goods consumption” which means that “a right-sizing cycle is coming, with weaker growth in jobs and wages.”