In Africa, progress has been made in a lot of areas over the last few decades.

This is something Statista’s Martin Armstrong has regularly covered in their infographics, and this, using figures from UNESCO as quoted by the BBC, reveals another aspect which has seen positive developments of late. 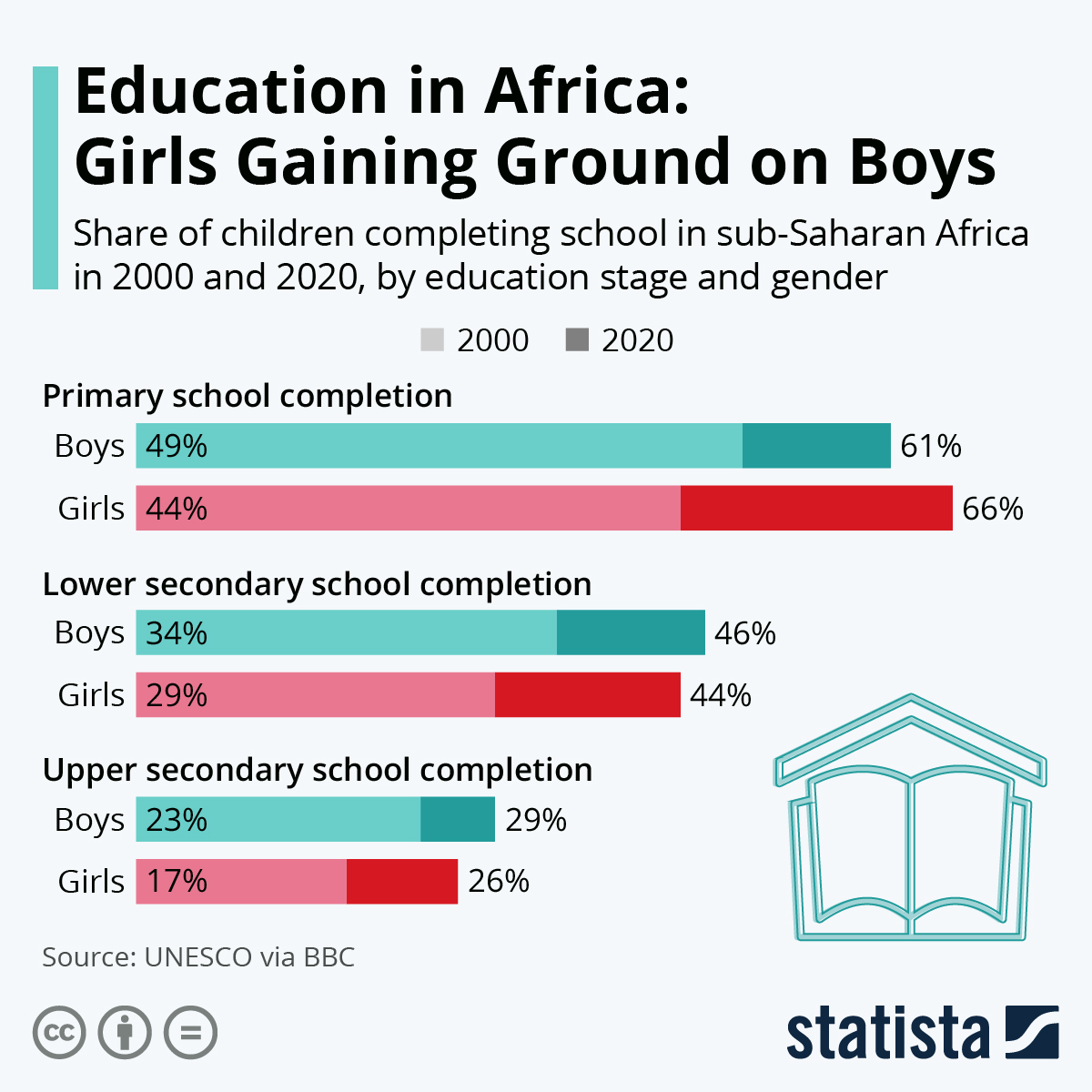 Participation in education is still an issue with room for improvement in sub-Saharan Africa, regardless of gender, but for girls as recently as 2000, the problem was even more acute. At primary level, just 44 percent of girls were completing their education 22 years ago. In 2020, that figure had risen to 66 percent, and had even overtaken the rate for boys (despite healthy gains, too).