Authored by Katie Hutton via TheMindUnleashed.com,

According to Wanted in Rome, an American tourist was attempting to recover his phone when he slipped and fell into the crater of Mount Vesuvius. He got minor injuries as a result of the accident. 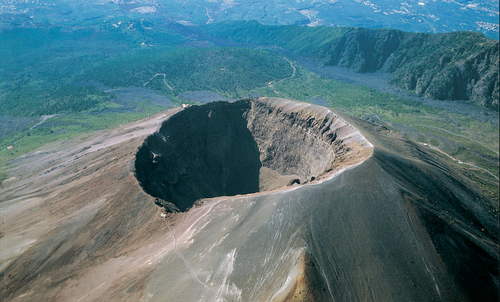 The 23-year-old man and his family were able to reach the 1,281-meter-high (4,202-foot) peak of the volcano that towers above the city of Naples in southern Italy by going through a tourist turnstile and continuing down a trail that was not permitted to be used.

American tourist fell into the crater of Mount #Vesuvius, Italian media reports; tourist and three of his relatives decided to bypass the visitor entrance to the volcano and take a forbidden route to the summit.😱https://t.co/u6gBlsY54O pic.twitter.com/WAKXetutIp

According to accounts from the local press, the guy was in the middle of shooting a selfie when his phone managed to fall out of his fingers and into the opening of the volcano. According to The Guardian, he then plunged into the crater in an effort to retrieve his phone, but he ended up falling several meters after losing his footing within the crater.

The guides who were working on Vesuvius were the first ones to arrive, and one of them rappelled down into the crater to save him. Both the police and a mountain rescue helicopter were sent to the location in order to aid in the rescue effort.

The man required medical attention for wounds and bruises that he sustained on his arms and back.

After being reported by a member of the public, the tourist and his three family will be held accountable for the intrusion of public lands. It was alleged that the party went to the volcano without any permits, and when they got there, they picked a route that was plainly marked as being off-limits owing to the fact that it was exceedingly hazardous.