Insane footage has surfaced online of blackout conditions during a dust storm in Montana that resulted in a deadly 21-vehicle pileup on Friday evening. 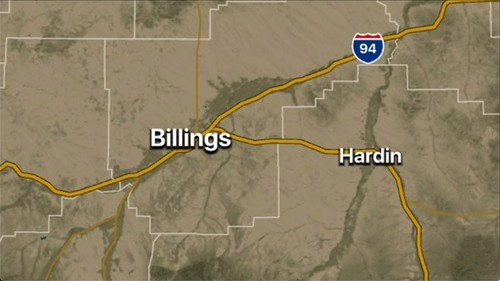 Nelson said 21 vehicles, including six semi-trucks, were involved in the crash, killing six people and injuring others. 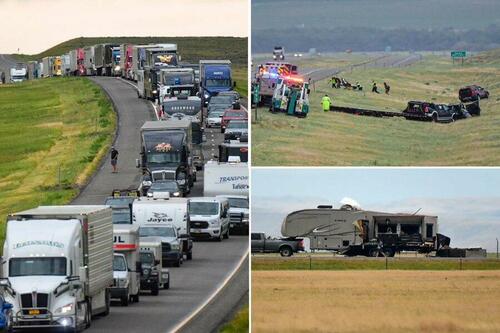 One video uploaded on Twitter shows the aftermath of mangled vehicles.

Other videos show visibility during the dust storm was near-blackout conditions.

Video of very low visibility in a nearby town earlier pic.twitter.com/4sPz8XkhGG

Here’s more footage of the storm.

Nick Vertz, a meteorologist with the National Weather Service in Billings, told NYTimes that thunderstorms and strong winds picked up dust and reduced visibility in the area sparked the crash around 1630 local time.

Montana Gov. Greg Gianforte tweeted: “I’m deeply saddened by the news of a mass casualty crash near Hardin. Please join me in prayer to lift up the victims and their loved ones. We’re grateful to our first responders for their service.”