It’s bad enough short sellers have had to fight the Fed. Now, with the Department of Justice prying into their affairs, the stress level of the job has risen dramatically – and there’s no better example of literally how much of a pain in the ass the job is than a story well known short seller Carson Block shared with Bloomberg last week.

Block opened up to Bloomberg, questioning whether or not it is worth continuing professionally as a short seller, in a new interview. The fund manager also shared a graphic story to try and make a point of just how stressful life as a short seller can sometimes be.

The story dates back to 2018, when Block was short shares of TAL Education group and was planning on giving a presentation on the name. While flying to his destination, details about his presentation may have leaked, because another player in the market other than Muddy Waters appeared to be taking a short position in the name.

Fearing he would get carried out in an ensuing mega-squeeze, Block called off the presentation and told his firm to unwind the trade. But the damage was already done: Block said the stress of the incident literally tore him apart…

“The stock’s rocketing, I’m just physically ill, I want to vomit, and I’ve got a million things racing through my mind,” he told Bloomberg. To make matters worse, when his flight touched down, he says “he felt a hemorrhoid burst”. 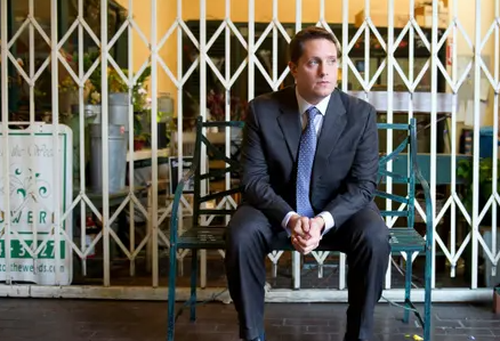 After getting off the plane, Block “bought a sweatshirt from an airport gift shop to cover the stain” on his pants, and “bought a box of Depends”. He then switched the topic of his speech to Chinese accounting, which he gave while wearing adult diapers.

For his trouble as a short seller, DOJ prosecutors and the Securities and Exchange Commission are “examining whether short sellers are improperly teaming up to attack public companies” in a wide ranging probe that has been ongoing since last year.

“There’s a gun pointed at us, and it’s really uncomfortable,” Block said. “Anytime somebody points a gun at you, there’s a non-zero chance something goes wrong even if that’s not their original
intention.”

Short selling was once a world where market outsiders could say what they wanted to, he commented: “Most of us were in some way outsiders for a long f—ing time. It’s really hard for us to hold our tongues and not make people feel uncomfortable.”

But he “questioned whether it’s worth the trouble anymore,” during his interview, Bloomberg wrote – even though short sellers often help make fraud cases for regulators: “The guys who’ve been making cases for years based on our s—, if they think we’re a f—-ing problem, there’s no end.”