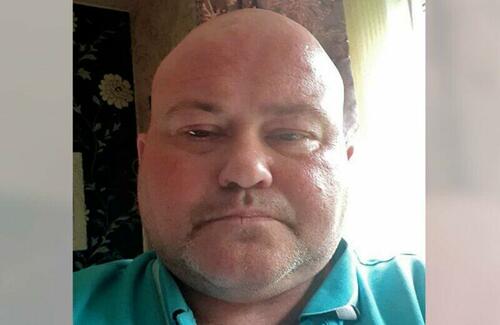 A British volunteer who had been arrested in April in the Russian-held southern Ukrainian city of Zaporizhzhia has died in captivity. He was being held by pro-Russian forces of the Donetsk People’s Republic (DNR) for “mercenary” activity.

British media and the UK government have long maintained that the 45-year old Paul Urey was an aid worker and was illegally detained. UK officials are outraged and are pressing the issue with Russian counterparts. “We are urgently raising this with our Ukrainian allies and the Russian Ministry of Foreign Affairs,” the UK’s Foreign, Commonwealth and Development Office announced Friday.

Local media cited that his mother is “distraught and still in shock” after the foreign office notified her of his death. Authorities are still seeking “clarification” as to his fate, however.

22-year old Dylan Healy, of whom less is known at this point, had been arrested and detained alongside Urey. Russian media reports have accused the men of either being mercenaries or spies. The DNR has recently declared that foreign fighters will be sentenced to death if captured fighting on behalf of the Ukrainians.

In early June, a pair of Britons who were fighting as foreign volunteers for the Ukrainian army, 48-year old Shaun Pinner and 28-year old Aiden Aslin – were sentenced to death by a pro-Russian Donetsk court. They had been captured and Mariupol as it fell. 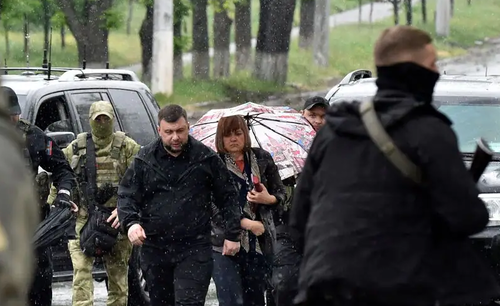 But Urey’s death in captivity is driving outrage in the UK because of his status as an aid worker – again something which the Kremlin is disputing, saying he was guilty of “grave crimes” on the battlefield.

According to details in The Moscow Times:

He died Sunday, DNR human rights ombudsperson Daria Morozova said in a post on the Telegram messaging app, citing chronic illness and stress as the factors behind his death.

“During his first medical examination, Paul Urey was diagnosed with a number of chronic illnesses, including insulin-dependent diabetes, respiratory system failure, kidney failure and several cardiovascular illnesses. Given these diagnoses and the stress, he died on July 10,” Morozova said.

“From our side, he was given the necessary medical assistance despite the grave crimes he committed,” she said.

The British government voiced alarm over the announcement.

This sparked pushback from the International Legion for the Defense of Ukraine – the main official arm of the Ukrainian forces which Westerners and foreigners typically join when they travel to the war ravaged country – which said: “We are saddened by the news of Mr. Urey’s death… He did not fight in Ukraine. He was an employee of a humanitarian organization.”

The Foreign Secretary’s statement on reports of the death of British aid worker, Paul Urey whilst in the custody of a Russian proxy in Ukraine.

The FCDO has summoned the Russian Ambassador.

Urey’s mother is also insisting that he was a volunteer humanitarian worker, and did not engage in armed hostilities. In April, she urged the UK government to intervene, warning that medical conditions put him in grave danger.

His mother said at the time that Urey is a “type 1 diabetic and needs his insulin. We have asked the Presidium Network to help us and also the Foreign Office to help as well. We pray for him and hope he is safe,” according to the statement.