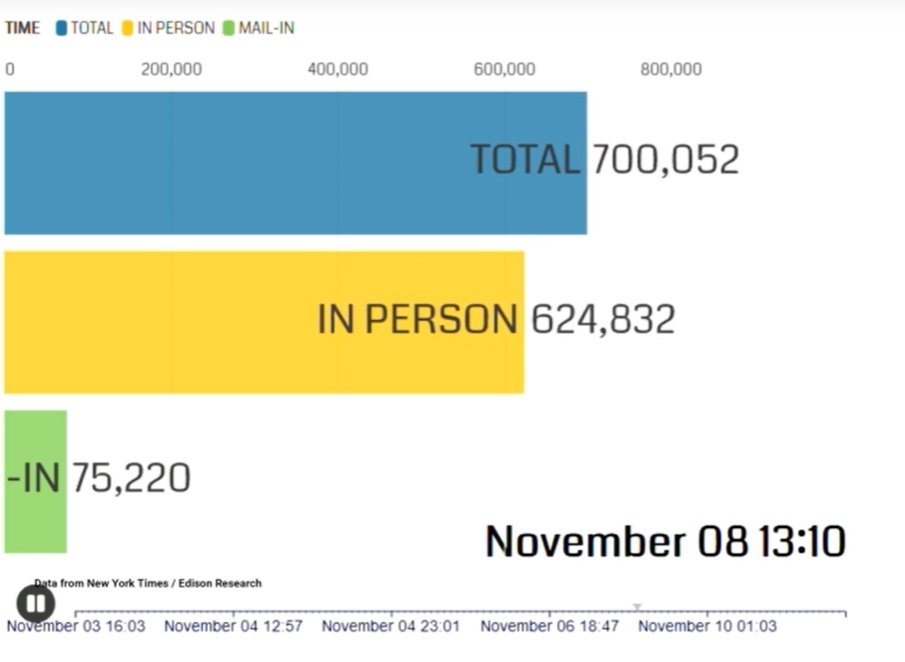 This article is for anyone who doubts that the 2020 Election was stolen.  Please take a look at these two videos.

These videos come from the Lone Racoon on Telegram (Jeff O’Donnell) and were reposted by Lady Draza on Telegram (Draza Smith).

These videos show Edison data as it was reported to the media during the 2020 Election in two counties in PA.

You would think that votes would come in and then be counted, and the eventual winner would be the candidate with the most votes.

But that was not the case in this election.

This short video depicts the 2020 Election clown show in Pennsylvania.

Here is a depiction of the results reported in the Edison data for Chester County, Pennsylvania.

This county is outside of Philadelphia and near Wilmington, Delaware as well.

Here are the results in Philadelphia as reported by Edison – the same data supplied to the mainstream media.

This is a travesty.

We look forward to some Democrat hack to explain this to the rest of America.

The post Two Short Videos That Will Silence Any Doubters on Whether the 2020 Election Was Manufactured and Stolen appeared first on The Gateway Pundit.