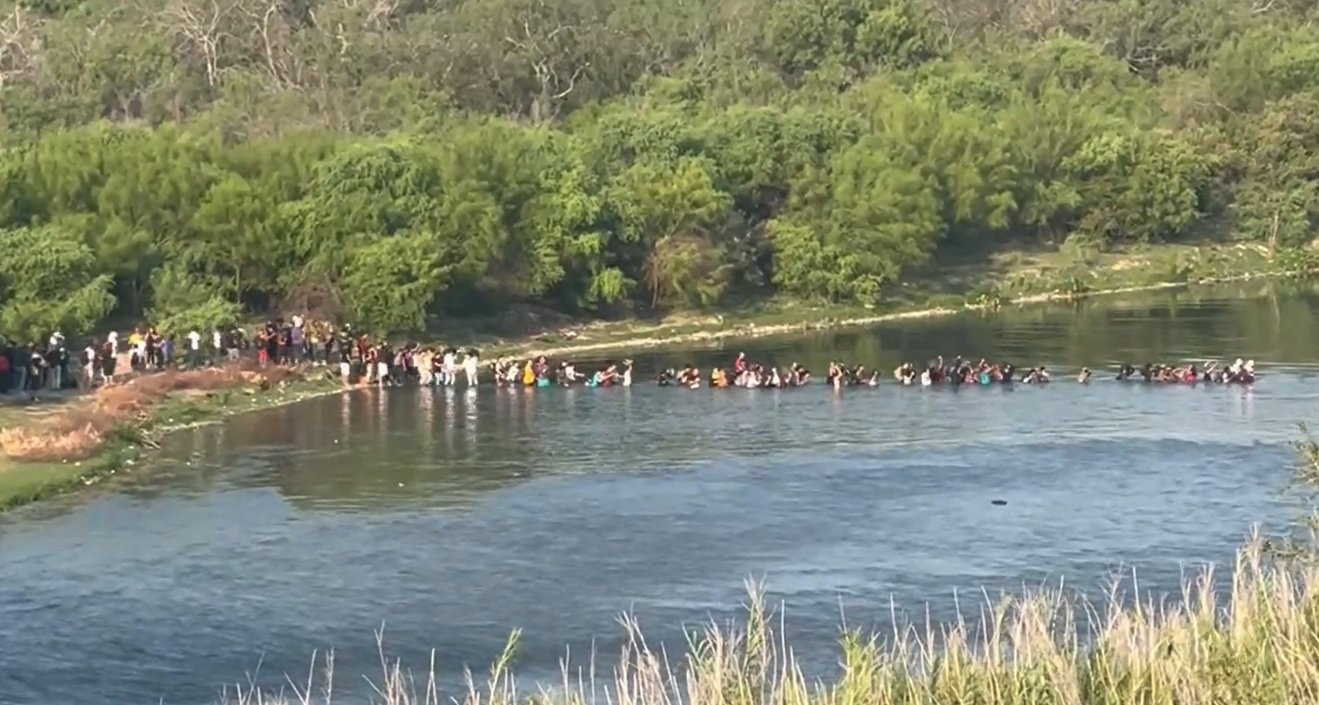 Is this alarming to anyone?  The majority of illegal immigrants coming to the United States are military-aged men that we know nothing about.

Trojan horse, huge hollow wooden horse constructed by the Greeks to gain entrance into Troy during the Trojan War. The horse was built by Epeius, a master carpenter and pugilist. The Greeks, pretending to desert the war, sailed to the nearby island of Tenedos, leaving behind Sinon, who persuaded the Trojans that the horse was an offering to Athena (goddess of war) that would make Troy impregnable. Despite the warnings of Laocoön and Cassandra, the horse was taken inside the city gates. That night Greek warriors emerged from it and opened the gates to let in the returned Greek army. The story is told at length in Book II of the Aeneid and is touched upon in the Odyssey. The term Trojan horse has come to refer to subversion introduced from the outside. Beginning in the late 20th century, the name “Trojan horse” was applied to deceptively benign computer codes that seem like legitimate applications but are written to damage or disrupt a computer’s programming or to steal personal information.

Are we seeing a trojan horse cross into our country along the Southern border.  Do Americans really want this many individuals coming into the country illegally?  We have no idea who they are or where they come from.  We don’t know if they are ISIS or members of drug cartels.  We have no idea if they are sick with pandemic-like diseases?  We know nothing about these people.  This policy of allowing this to happen is insane! Yesterday we saw one of the largest single groups of illegals that have ever crossed into the US border illegally. No one is stopping them. We don’t know who they are or what their background is?

BREAKING: One of the most massive single groups we have ever witnessed cross illegally at the border is crossing into Eagle Pass, TX right now. The line of people went so far into the trees it’s hard to get a count. Hundreds upon hundreds. Coyotes guiding them in water. @FoxNews pic.twitter.com/ZjZIygarAv

Miles and miles of illegals, mostly of military age, are crossing into the US daily.

Our live coverage of the enormous single group that crossed illegally into Eagle Pass, TX in front of us this morning, guided by multiple cartel smugglers.
Over a 7 day stretch last week, the Del Rio sector saw over 13,000 illegal crossings. That’s almost 2,000 per day. @FoxNews pic.twitter.com/zv4OVJfIAw

This group of military-aged men thanks Joe Biden:

NEW: I spoke with this group of men from Venezuela & Cuba moments after they crossed into Eagle Pass, TX.
Re: Biden: “A president that is helping us a lot. Very strong.”
Says thank you for receiving us.
Several say they’ve been traveling for months in bad conditions. @FoxNews pic.twitter.com/2zUFLRqxI2

Daily massive groups of men are crossing into the US illegally.

NEW: A huge single group of approx 250+ just crossed illegally into a private orchard in Eagle Pass, TX, predominantly made up of single adult men. There is no Border Patrol here. @TxDPS is taking the entire group into custody, and busing them back to port of entry. @FoxNews pic.twitter.com/1y7Uvv5HYt

What happens when millions of military men from other countries, some that hate America, cross into your country undetected?  We will soon find out.  We hope it’s not too late.

The post The Modern Day Trojan Horse – Illegals Coming into the Country by the Millions are Military Age Men appeared first on The Gateway Pundit.