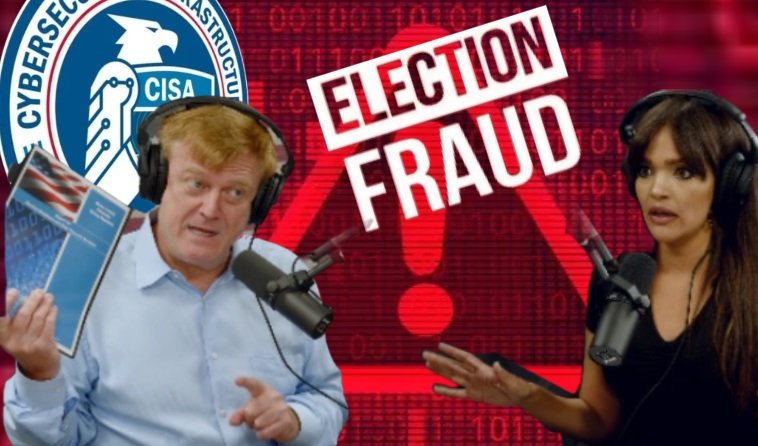 Amid mounting evidence of election fraud, the Department of Homeland Security assured the public in 2020 that the presidential election “was the most secure in American history.”

“There is no evidence that any voting system deleted or lost votes, changed votes, or was in any way compromised,” high-ranking experts at the Cybersecurity and Infrastructure Security Agency (CISA), a division of DHS, declared in a statement on November 2020 statement.

Ahead of the 20th anniversary of the Sept. 11 attacks, DHS issued an alert on its National Terrorism Advisory Bulletin warning that anti-government” extremists” who believe the election was rigged are domestic terrorists who pose a national security threat.

Now, the CISA admits Dominion Voting Systems, the computerized election management systems that are used universally across the United States, are imminently vulnerable to hacks and are easily exploited by “attackers.”

Recent CISA Report Identifies Massive System Vulnerabilities in Dominion Voting Systems Used in Georgia Then Claims There’s No Evidence These Vulnerabilities Were Abused in 2020 – But How Can They Be Trusted?

The voting machines are “susceptible to forgery,” can be “leveraged by an attacker to gain elevated privileges on a device and/or install malicious code” and “allows an attacker to directly access the operating system.,” ICSA-22-154-01, the advisory published by CISA on June 3 states.

“The authentication mechanism used by voters to activate a voting session on the tested version of [Dominion’s] ImageCast X is susceptible to forgery,” cautions section 2.2.9 ‘ORIGIN VALIDATION ERROR CWE-346.’ “An attacker could leverage this vulnerability to print an arbitrary number of ballots without authorization,”

An investigation conducted of the Mesa County, Colorado 2020 election results indicates the election in the county was irrefutably hacked during the presidential race using the same methods outlined by CISA.

And it’s plausible that voting machines across the country were breached by employing the same techniques.

But the government is getting away with destroying the evidence, contends Patrick Byrne, former Overstock CEO and founder of The America Project.

DHS has “gone from saying it was the most secure election in history to saying the machines shouldn’t be used,” Byrne told the Gateway Pundit in an exclusive interview. The CISA “report outlines nine severe vulnerabilities in the Dominion election systems — and to call these vulnerabilities is a little bit generous. These are failures — failures largely beyond remedy.

“Any of these issues would allow someone to load onto the machines software that would totally corrupt an election.”

Typically, CISA offers a course of action to remedy vulnerabilities, but the agency has determined ImageCast X is unable to fortify voting machines against attacks.

“Normally, when they issue an advisory they’ll explain how to fix this. These aren’t patchable,” Byrne continued. “These are so fundamental.”

Amid ongoing concern about the integrity of our elections heading into the 2022 midterms and 2024 presidential election, The America Project is funding “Operation Eagle Wings,” an effort to monitor the elections and train activists to expose malfeasance at the ballot box in several states including Arizona, Florida, Pennsylvania, Michigan, Texas, Wisconsin, Georgia and Virginia. “We now have proof that they were used. In the one place we [the citizens] got to examine machines, Mesa County, Colorado…that has shown exactly what the DHS predicts can be found, can be done, was in fact done to the machines in Mesa County,” Byrne said. “I consider this a settled issue. Anyone who wants to deny it, I would say it’s baseless to deny it, but I’m open to their arguments.”

Other counties are barring TAP from examining their voter machines. Maricopa County in Arizona even deleted it’s entire election database prior to an audit in May.

“We wanted to settle this just by looking at this in six counties. In five of the counties, we got blocked,” Byrne said. “No one has ever been blocked. In one county, there was a subpoena to look in and try to see if they found this. That was Maricopa. The county deleted the election database the night before they supplied the subpoena.

“DHS has now agreed, yes — this totally can happen nine different ways from Sunday and it has been found to have happen. The other six places we want to look, they either were blocked or they destroyed the data under subpoena. So, I consider this a settled issued.”

Byrne is slated to testify before the House Select Committee on January 6 on today and provide details about a December 2020 meeting he attended  at the White House with Trump to discus election fraud.

The post The Government “Has Gone from Saying It Was the Most Secure Election in History to Saying the Machines Shouldn’t be Used” – Exclusive Interview with Former Overstock CEO Patrick Byrne (VIDEO) appeared first on The Gateway Pundit.