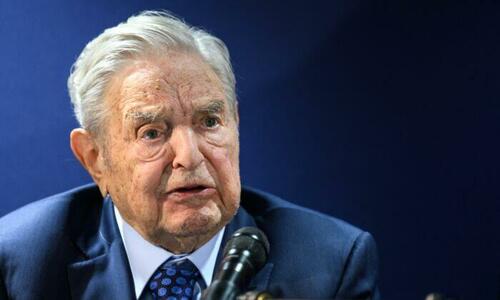 Authroed by Zachary Stieber via The Epoch Times (emphasis ours),

A growing number of hosts are leaving a Spanish-language radio station after it was bought by a group backed by billionaire leftist George Soros.

Radio Mambi “has been the voice of the Cuban exile, the voice of conservative men and women who defend freedom, democracy, family principles, truth, and faith in God,” Rubio said during a press conference in Miami. “Many in this community have felt betrayed by the acquisition of this radio by a company financed by the left liberal extremist, George Soros.”

Rubio and Ubieta are joining Americano Media, where Alexandrino already had a show.

“Being faithful to my principles I couldn’t accept being part of any business associated with these leftist activists and their socialist agenda,” Alexandrino told reporters.

Radio Mambi was one of 18 radio stations in 10 cities that was recently purchased by the Latino Media Network from Univision. The stations were said to reach about one-third of U.S. Latinos. The deal was $60 million, all cash, according to the network.

The network, which did not respond to a request for comment, said its funding came from “leading Latino investors” and Lakestar Finance LLC, an investment entity affiliated with the Soros Fund Management, one of the many entities owned or linked to Soros.

Jess Morales Rocketto, one of the network’s founders, said in a statement that the group “hope[s] to create relevant content for radio and other audio platforms with content that our community can trust and rely on” and “is going to ensure that the Latino community continues to be served with the news and information that local communities deserve.”