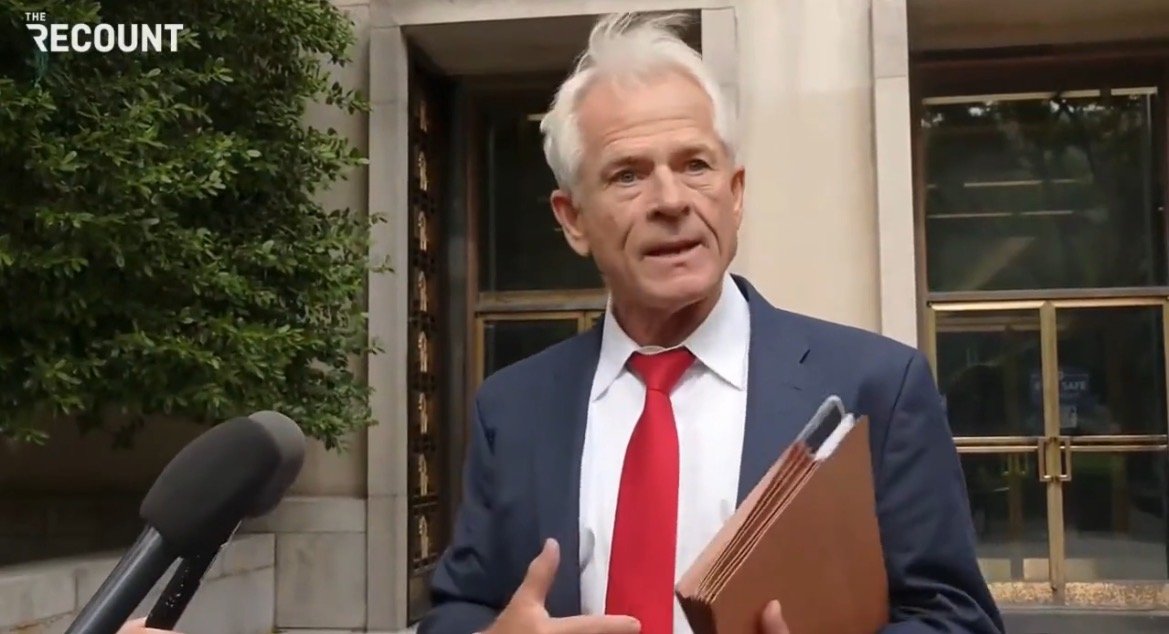 A federal judge on Friday raised concern over the FBI’s decision to ambush Trump advisor Peter Navarro and arrest him at a DC-area airport last month.

According to CNN, Navarro faces two contempt counts: one for his failure to produce documents demanded by the committee and the other for failing to show up for subpoenaed testimony before House investigators.

According to Navarro, the feds put him in leg irons and threw him in a cell.

“They intercepted me gettin’ on the plane and then they put me in handcuffs, they bring me here. They put me in leg irons. They stick me in a cell,” Navarro said to reporters after his arrest.

US District Court Judge Amit Mehta, an Obama appointee said he was concerned about the feds’ decision to ambush Navarro rather than allow him to self-surrender during Friday’s hearing.

According to Politico, Navarro did not take a plea on the contempt of Congress charges.

The federal judge overseeing the contempt of Congress case against former Trump White House adviser Peter Navarro expressed concern Friday about the decision by prosecutors to arrest him last month rather than simply summoning him to come to court.

At a hearing in Navarro’s case Friday, U.S. District Court Judge Amit Mehta signaled that he agrees that the treatment of the longtime White House trade adviser at the outset of the criminal case was unreasonably harsh.

“It is curious…at a minimum why the government treated Mr. Navarro’s arrest in the way it did,” Mehta said at the session, which Navarro attended along with his two defense attorneys. “It is a federal crime, but it is not a violent crime.”

Mehta, a former federal defender, said it was puzzling that prosecutors didn’t just tell Navarro he was going to be charged and allow him to walk into an FBI office, as some white-collar defendants are permitted to do.

“It is a surprise to me that self-surrender was not offered,” the judge said. However, he proposed no particular response and did not demand any explanation from prosecutors.

Peter Navarro was flanked by his two defense lawyers after Friday’s hearing.

“The Justice Department…has longstanding policies about not prosecuting someone criminally for this kind of situation, so I wonder, what changed?….and we intend to find out,” John Irving said.