3rd Wave Of Inflation Will Be Unleashed If Fed Doesn’t “Get Its Act Together”: El-Erian 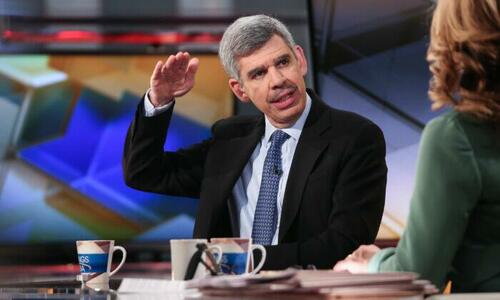 3rd Wave Of Inflation Will Be Unleashed If Fed Doesn’t “Get Its Act Together”: El-Erian

Authored by Katabella Roberts via The Epoch Times (emphasis ours),

Economist Mohamed El-Erian has warned that a third wave of inflationary pressures is building and will be “unleashed” if the Federal Reserve doesn’t act quickly.

El-Erian, the former CEO of American investment management firm Pimco, made the comments on social media on July 13, shortly after financial markets were shocked by the U.S. annual inflation rate rising to 9.1 percent in June, marking its highest level since November 1981.

Economists had forecast that inflation would come in at 8.8 percent in June.

“Looking forward, inflation will come down over the next couple of months. That’s the good news,” El-Erian said on Wednesday.

However, the expert noted that a “third wave of inflationary pressures”—the underlying causes of inflation—is building, and “will be unleashed if the Fed doesn’t get its act together quickly.”

“With the first best policy option now long gone due to the first two stages of the ongoing Fed policy mistake, the recession risks are increasing accordingly,” El-Erian said.

The economist added that this means that households, particularly those in the most vulnerable segments of society, are likely to take a second “big hit,” adding that he believes “much of this could have been avoided.”

However, after Wednesday’s headline reading, experts have now increased the odds of a 100-basis-point rate hike at the Fed’s next policy meeting to 77 percent.

According to data released by the Bureau of Labor Statistics (BLS) on July 13, the cost of rent, food, energy, and medical care all rose in June.

Food prices soared 10.4 percent for the 12 months ending June, marking the largest 12-month increase since the period ending February 1981, while the energy index advanced by 41.6 percent.

Meanwhile, gasoline surged by 59.9 percent, marking the largest 12-month increase in that index since March 1980, while electricity costs jumped by 13.7 percent.

President Joe Biden said in a statement on Twitter that the latest report served as a reminder that “inflation is too high” and that the numbers “are not acceptable,” while doubling down on his promise that fighting soaring prices is his “top economic priority.”

However, Biden also said the inflation figures were “outdated” because gasoline prices have declined by roughly 40 cents per gallon over the past 30 days.

The Biden administration has repeatedly downplayed fears that the U.S. economy is heading for a recession.

El-Erian’s comments come shortly after Costco Wholesale CEO Craig Jelinek warned on July 11 that many Americans are already experiencing a recession and are struggling to make ends meet amid a volatile U.S. economy.