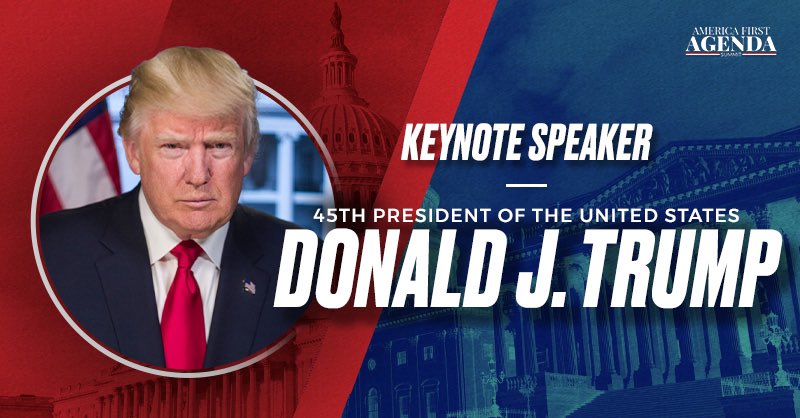 He is going to be speaking at the “America First Agenda Summit” later this month.

The event is being hosted by the America First Policy Institute which is made up of former Trump administration staffers.

Former President Donald Trump is returning to Washington eighteen months after leaving office, at the same time a House committee continues to meet to investigate his role in the Capitol insurrection, two people familiar with his plans said.

Trump is scheduled to speak later this month at a two-day “America First Agenda Summit” hosted by the America First Policy Institute, a non-profit think tank formed last year by former cabinet members and top officials in his administration to create platforms based on his policies.

The summit starts July 25 with a keynote luncheon with former Speaker of the House Newt Gingrich and speakers on energy, the economy, immigration and other issues including former Trump economic adviser Larry Kudlow, former Energy Secretary Rick Perry and former coach Lou Holtz.

The event is two days and starts on July 25th.

Trump will be giving his speech on the second day at 3 p.m. ET.

Trump will deliver the keynote address at 3 p.m. ET on the second day of the group’s policy summit, which will also feature panel discussions and presentations by several high profile Republican leaders, including former Trump administration officials, members of Congress, governors and state officials.

The event is not open to the public and the location of the summit has not been disclosed due to security concerns.