SPECIAL ANNOUNCEMENT: President Trump LIVE And In Person In Milwaukee On Aug 20th 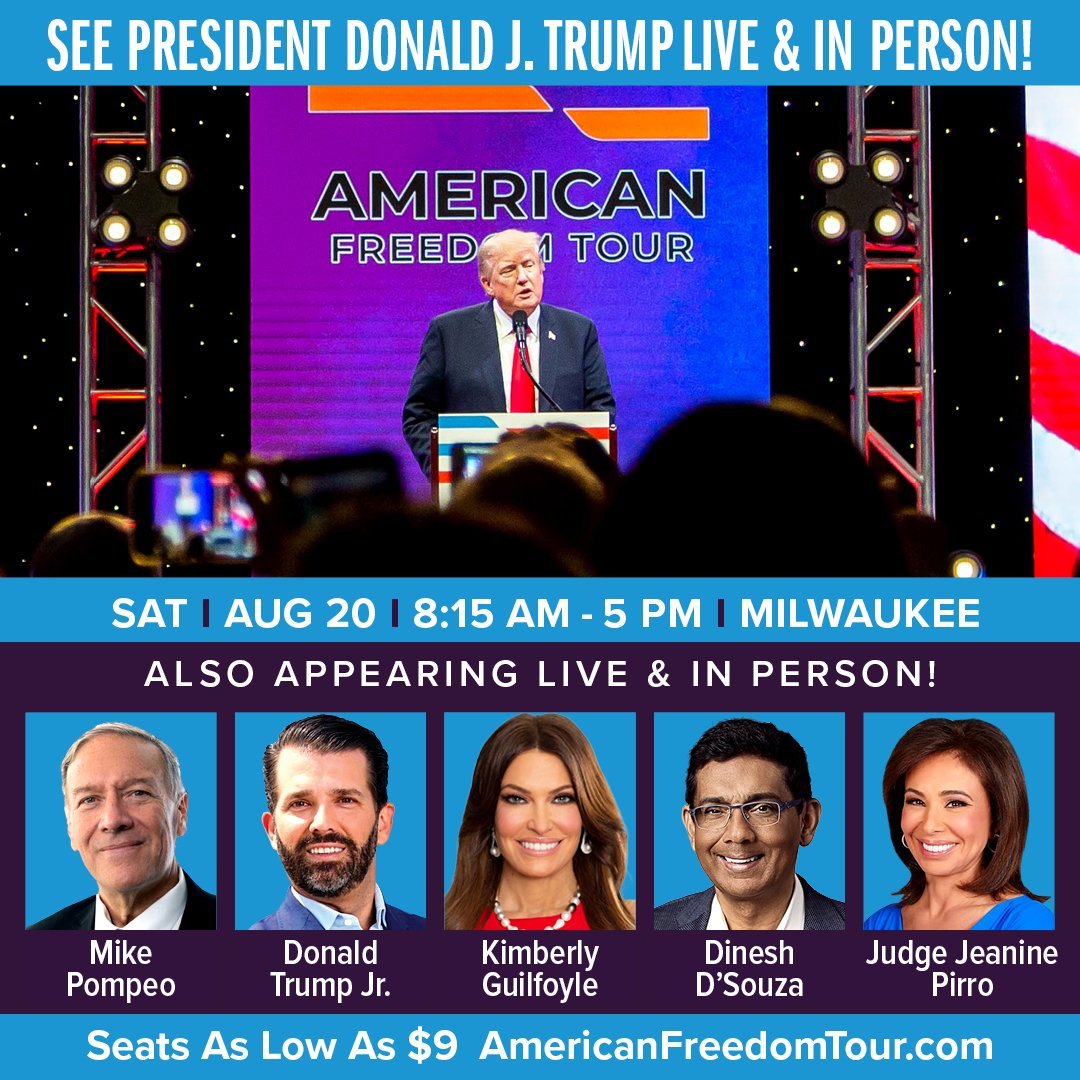 (Note: This is a post sponsored by American Freedom Tour. By ordering tickets through the links below, you’ll be supporting and benefiting Gateway Pundit — thank you!)

President Trump will appear at the American Freedom Tour event in Milwaukee, Wisconsin on August 20th!

Also appearing live and in-person are:

Some ticket packages include reserved seating and access to special receptions – click here to see if they’re still available.

If you’ve always wanted to see President Trump in person but haven’t been able to, this is it!

This is a way for Trump supporters to avoid rally lines and guarantee yourself a seat when President Trump is speaking.

For this event, there are several levels of seating. In addition to your seat, you can have access to other events during the day (depending on your ticket level): The post SPECIAL ANNOUNCEMENT: President Trump LIVE And In Person In Milwaukee On Aug 20th appeared first on The Gateway Pundit.