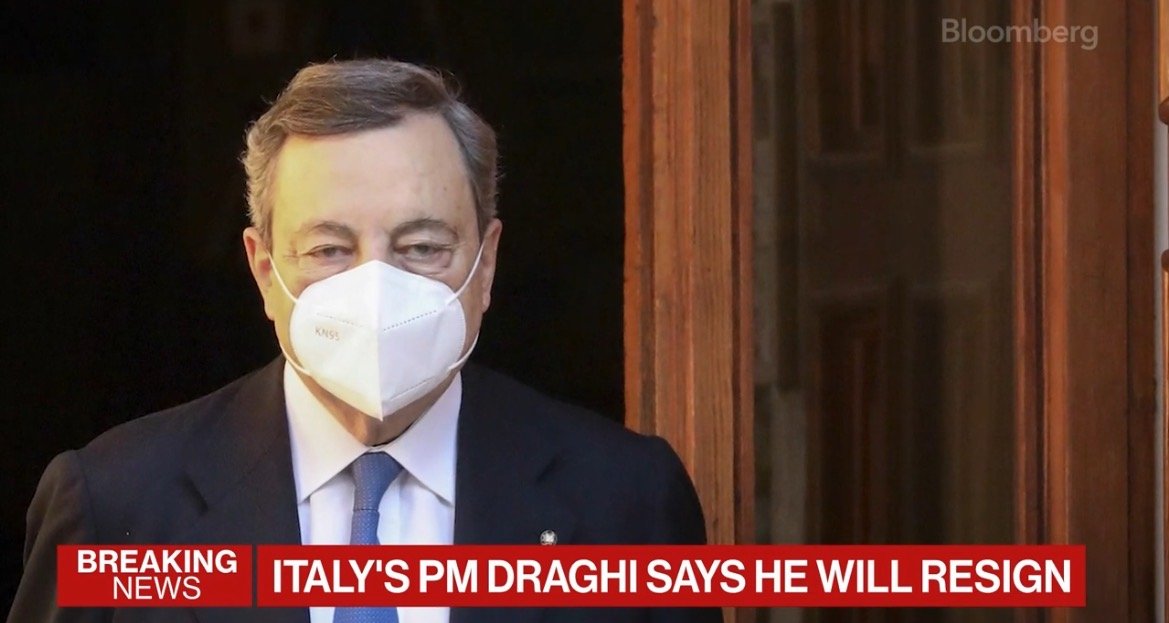 What is going on?

Another Prime Minister is resigning…

Rome – Italian Prime Minister Mario Draghi announced he would be resigning from his post Thursday evening.

“After Mattarella’s rejection of Draghi’s resignation, the former European Central Bank chief will now have to go back to Parliament to hold a vote of confidence in the government itself.” CNBC reported.

Political uncertainty returned to Rome Thursday with the government in a state of limbo and Italian Prime Minister Mario Draghi being urged to rethink his resignation.

Draghi on Thursday said he would quit as Italian leader, after a political party in his ruling coalition refused to participate in a confidence vote earlier in the day.

“I will tender my resignation to the president of the republic this evening,” Draghi told the Cabinet, according to a statement translated by Reuters, throwing Italian politics back into a fragile state of affairs.

But the Italian head of state later on Thursday rejected Draghi’s resignation and asked him to address Parliament to get a clear picture of the political situation, according to a statement from President Sergio Mattarella’s office.

The Five Star Movement, one of the parties in the coalition government led by Draghi, had earlier opposed a new decree aimed at lowering inflation and battling rising energy costs. Italy’s lawmakers held a confidence vote on the wide-ranging policy package, but Five Star boycotted despite Draghi threatening to step down if the party didn’t back it.