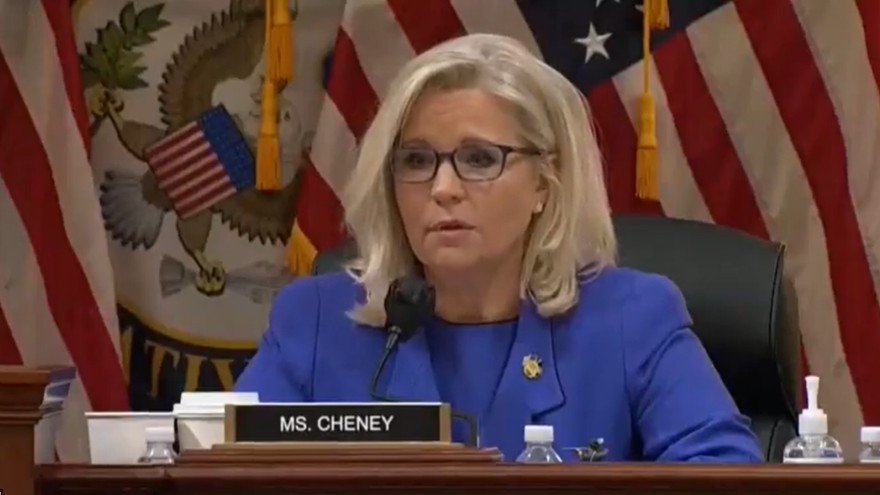 It is now clear that the January 6 Committee is attempting to weave a ‘witness tampering’ narrative in an effort to indict Trump.

RINO Liz Cheney on Tuesday revealed the January 6 panel notified the Justice Department that Trump called one of its witnesses who has not testified yet.

According to Cheney, the witness did not take Trump’s call and instead told their lawyer about Trump’s attempt to speak with them.

“After our last hearing. President Trump tried to call a witness in our investigation. A witness you have not yet seen in these hearings,” Cheney said on Tuesday.

“That person declined to answer or respond to President Trump’s call and instead alerted their lawyer to the call. Their lawyer alerted us. And this committee has supplied that information to the Department of Justice,” Cheney added.

“Let me say one more time, we will take any effort to influence witness testimony very seriously,” she warned.

According to CNN, Trump tried to call a member of the White House support staff who was already talking with the J6 Committee.

Former President Donald Trump tried to call a member of the White House support staff who was talking to the House select committee investigating January 6, 2021, two sources familiar with the matter tell CNN.

The support staffer was not someone who routinely communicated with the former President and was concerned about the contact, according to the sources, and informed their attorney.

The call was made after former Trump White House aide Cassidy Hutchinson testified publicly to the committee. The White House staffer was in a position to corroborate part of what Hutchinson had said under oath, according to the sources.

We saw special counsel Robert Mueller use these same tactics.

Mueller and his goons charged Trump associates such as Roger Stone and General Flynn with process crimes that stemmed from his fishing expedition.

Recall, Trump’s 2016 campaign manager Paul Manafort was indicted for ‘witness tampering’ by Mueller’s goons and it appears the J6 panel is using the same tactics to indict Trump in order to prevent him from running for office.