EXCLUSIVE: Illegal Immigrants Provided Tickets from San Antonio to Baltimore on Southwest and Ran Through Premium Lane Without IDs 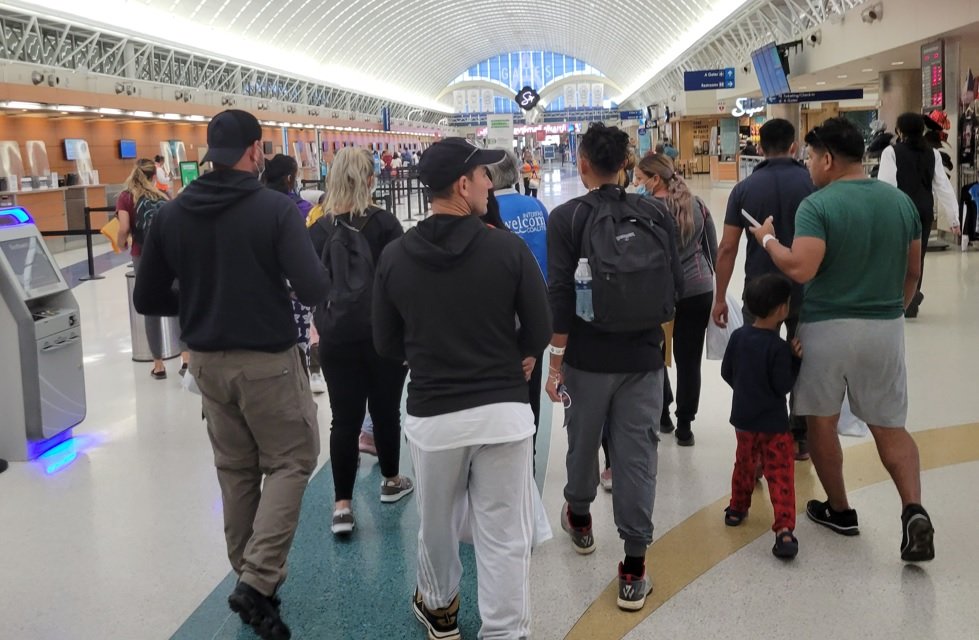 Illegal immigrants appear to be trafficked through San Antonio and are given tickets on Southwest airlines in the Premium lane for their flights.  What’s going on?

In an exclusive report, TGP has obtained information of illegal immigrants being trafficked through San Antonio on their way to the East Coast, in this case, Baltimore.

We reported months ago on flights from the Southern border to the Northeast.  There were even flights with children on them.  We tracked these charter flights and the children to a New York Adoption agency.  These flights were at night.

Illegals are being bussed into terminal B in San Antonio where they are handled at a sort of make-shift counter. At this point, individuals are all given a manila envelope. One group of immigrants was given boarding passes on Southwest Airlines on a flight to Baltimore.

The immigrants are then escorted over to Terminal A.  They then go through the premium lane, skipping the general boarding area.

Below is a copy of a typical boarding pass.  It’s marked with a “STIPC Bond Release” – we’re not even sure what this means. We have a video of this group going through the premium lane at the airport.  It looks like TSA doesn’t obtain a photo ID from these individuals, instead, the TSA looks at their papers and takes a picture of each individual passing through the line.

The post EXCLUSIVE: Illegal Immigrants Provided Tickets from San Antonio to Baltimore on Southwest and Ran Through Premium Lane Without IDs appeared first on The Gateway Pundit.