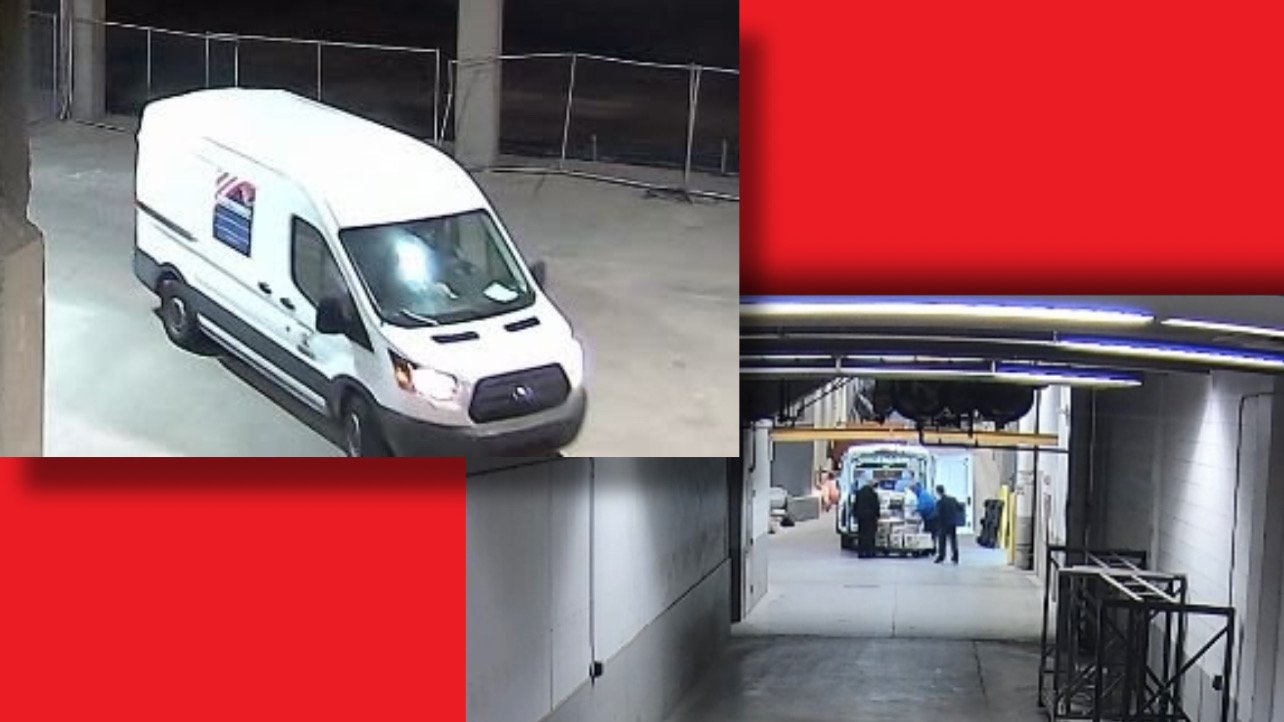 On Tuesday, November 3rd President Trump was ahead of Joe Biden in the swing state of Michigan by over 100,000 votes hours after the polls closed.  This appeared to be another solid win for President Trump in Michigan with a greater margin than his 2016 victory. The ballot counting in Detroit, Michigan on election night took place at the TCF Center, formerly known as Cobo Hall.

This is the site where Detroit City Officials later put cardboard over the windows to prevent the GOP observers from seeing in, where poll workers were militantly hostile to the GOP observers, and where hundreds of affidavits by election observers claim they witnessed voter fraud.

At least three election observers testified in sworn affidavits that they witnessed vehicles delivering fraudulent ballots to the TCF Center early in the morning on November 4th.

Michigander Shane Trejo witnessed the 3:30 am Biden Ballot Drop that gave Joe Biden an outstanding lift. “There were thousands of ballots in each box,” Trejo says. “There were at least 50 boxes that I saw unloaded at 3:30 am, well after the 8:00 pm deadline for ballots to show up.”

The 3:30 am was the first ballot delivery since 10:30 pm when 138,000 ballots showed up suddenly. Shane later testified that he noticed that the city of Detroit Clerk’s Office and its emblem were written on the white van that showed up with the ballots. City Clerk Janice Winfrey‘s name was on the van and a number presumably for Janet Winfrey’s office. Trejo says the ballots could not be processed when they arrived, so by the time they were counted, a new shift of poll workers had come in for the day.

After these ballot dropped Joe Biden took the lead in Michigan.

Shane Trejo explained how the timing was important.  The Biden Ballot Drop took place at the end of one shift. The ballots were left uncounted. So when the new shift came to count ballots they didn’t know where the ballots had come from.

Trejo repeatedly asked about this truck to site supervisors and was STONEWALLED.

Former Michigan State Senator Pat Colbeck was also present at the TCF Center on the morning of November 4th. Senator Colbeck also witnessed the 3:30 am Biden Ballot Drop.  Colbeck spoke with The Gateway Pundit back in November, “I went back there and I witnessed a mini-panel truck if you will with a Detroit Election Bureau regalia all over the side and a vehicle ID number on it… And inside of it, and this gets into some chain of custody discussions, there was no indication that there was a Republican and a Democrat (present) during transfer. We don’t know if they stopped by a sidestreet in Coney Island and picked up a few more ballots during transfer. We have no way of verifying any of that information.”

The authorities and media in Michigan were completely uninterested in following up on this shocking story.

No one has bothered to review the video footage from the TCF Center on election night.

The Gateway Pundit requested the TCF video in December 2021!

We requested two hours of video.

We did not receive the footage until February.

And what we found is a political bombshell.

** At 3:23 AM The Gateway Pundit has exclusive video of a white van registered to the city of Detroit entering the gate into the TCF Center.
** At 3:25 AM we discovered video from a second camera showing three individuals unloading over 50 boxes of ballots in a hallway inside the TCF Building and just outside the counting room.
** The ballots were then wheeled away on carts into the ballot counting room.
** The van is then seen on video leaving the center about 25 minutes later.
** Then we saw the van returning an hour later, entering the TCF Center again and unloading more boxes of ballots.
** The white van was escorted by a black sports car for both ballot deliveries.
** The white van was allowed through an electronic gate to enter the TCF complex.

This is video proof of the fraud in Detroit, Michigan. It is exactly as the GOP observers described it to us back in November!

Weeks ago investigators Gregg Phillips and Catherine Engelbrecht from True the Vote started to analyze the footage and late-night ballot drops at the TCF Center on election night 2020.

Gregg Phillips posted on Truth today that his investigative team is looking at this TCF footage.

According to Gregg Phillips, his team has identified eight unique devices of interest in the location of this late-night ballot delivery. On Tuesday Gregg Phillips Catherine Engelbrecht held a call with The Gateway Pundit, Patty McMurray from 100 Percent Fed Up, and the Michigan drop box investigation team.

Gregg told us that the investigators have identified particular devices around the loading dock of the TCF Center where the deliveries took place.

Individuals were also identified in the neighboring hotels near the TCF.

The individuals identified were not from Michigan.  They were from out of state.

Gregg and Catherine believe they have identified the suspicious individuals.

If anyone saw something suspicious in the location of the TCF please contact True the Vote.

** You can also donate to True the Vote here.