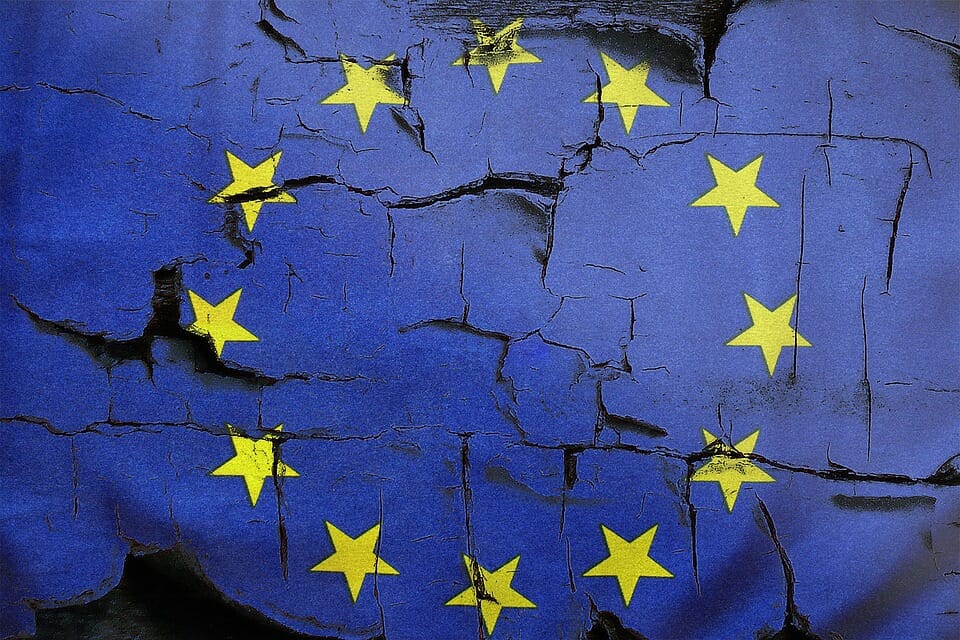 It’s no secret that the ongoing Russia-Ukraine war has continued to wreak havoc on the economy all across the globe. Beginning with crippling tariffs that eventually backfired and strengthened Putin’s war effort, then progressing to the full-blown funding of a proxy war to protect the globalist empire’s hegemony, the United States and its allies in Europe continue charging full steam ahead in an effort to keep the Russians in check and their plans for the great reset humming along – no matter the cost.

Well, now that we are months into this mess, and billions of dollars deep to boot, the entire charade is falling apart at the seams, with Russia continuing to assert its military dominance over the former Soviet territory. Not only that – but the tariffs and restrictions placed on Russian goods and energy has completely backfired, especially in Europe, as the continent is heavily dependent on Russian natural gas and other resources to sustain itself.

Nevertheless, Western leaders are not abandoning ship. In the US, Biden and the DC Swamp just green-lighted yet another 1.7 billion in taxpayer funds for Ukraine this week, bringing the total committed by the US to a staggering ~$60 billion.

Biden’s War Machine Is Sending Another $1.7 Billion To Ukraine

European leaders are similarly holding firm. However, the country is on the verge of hitting a critical tipping point as Russia is actively in the process of completely cutting off the continent from its supply of natural gas.

This week, Russia began its scheduled 10-day shutdown of the Nord Stream 1 pipeline, which currently supplies the bulk of Europe’s natural gas supply. After just one day, the flow of gas has ground almost completely to a halt, with less than 5% of NS 1’s capacity currently being utilized, according to Bloomberg. To compound the issue, the shutdown comes at a time when Europeans have been hammered by skyrocketing energy costs and inflation across the board.

Although the shutdown is for routine maintenance, there are serious fears that the ongoing conflict in Ukraine could derail the pipeline from coming back on when it’s scheduled to do so – on July 22.

According to Bloomberg, the financial markets are not waiting around for the potential “doomsday scenario” that could see Europe lose access to over 50% of its natural gas supply. They are preparing for the worst, and, unfortunately, “the worst” might not be the end of the road in this situation. Either way, if Russia cuts off the tap, the results will be catastrophic.

Economists on Wall Street and within UBS, a leading multinational investment firm, claim that even the worrisome projections of economic collapse could just be the tip of the iceberg, the final result could “easily” lead to more of a “negative” outcome.

In short, the European economy is teetering on the brink of oblivion.

“As such, DB’s Jim Reid said that July 22, the day gas is supposed to come back online, could be the most important day of the year…

…Here is a sample of what Wall Street expects to happen [if Russia cuts the gas supply for NS 1]:  European stocks plunging 20%. Junk credit spreads widening past 2020 crisis levels. The euro sinking to just 90 cents, before a full-blown recession slams the world’s 2nd biggest economy…

…In an analysis this week (available to pro subscribers), UBS economists laid out a detailed vision of what they see happening if Russia halts gas deliveries to Europe: It would reduce corporate earnings by more than 15%. The market selloff would exceed 20% in the Stoxx 600 and the euro would drop to 90 cents. The rush for safe assets would drive benchmark German bund yields to 0%, they wrote.

‘We stress that these projections should be seen as rough approximations and by no means as a worse-case scenario,’ wrote Arend Kapteyn, chief economist at UBS. ‘We could easily conceive economic disruptions that lead to more negative growth outcomes.’”

In response to the situation with Russia, the Euro has taken a shellacking on global markets and has dropped to levels not seen since the early 2000s. On Wednesday, fears of the impending natural gas crisis pushed the Euro down even further, achieving parity with the US dollar, which hasn’t happened since 2002.

OUCH! #Euro drops below Dollar parity for the first time in 20yrs. pic.twitter.com/pqwAHMtTjm

Once Europe’s economy goes down, it’s only a matter of time until the US somewhat follows suit. The modern economy, especially within the West, is too interconnected for there not to be a devastating ripple effect a short while later.

And, sure enough, just in time for the Midterms. As the saying goes – “never let a good crisis go to waste.”