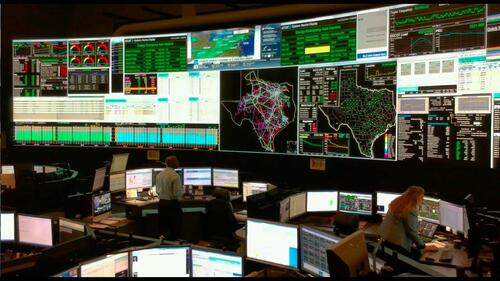 Since the start of May, the Electric Reliability Council of Texas (ERCOT) has twice appealed to homes and businesses to limit consumption at peak times to avert power shortages and rolling blackouts. ERCOT has issued conservation alerts more than four dozen times since 2008, most recently on July 10, when it appealed to customers to reduce consumption between 2pm and 8pm local time on July 11.

State officials tend to blame the problem on extreme weather but the fragile condition of the electricity network has been caused by a failure to connect enough reliable generation to cope with booming demand growth.

Most of the increase in electric load has been driven by rapid growth in the state’s population and economy over the last 20 years rather than weather-related problems. 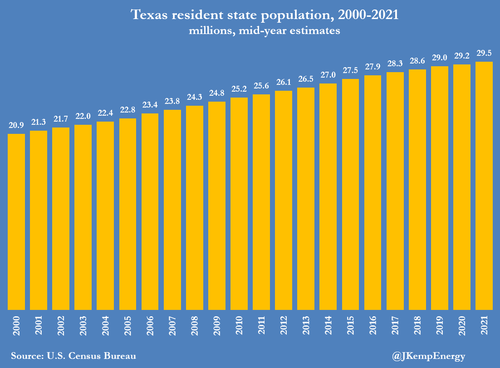 Retail electricity sales to residences, commercial properties, industrial sites and transport providers have surged to 427 billion kilowatt-hours in 2021 from 318 billion in 2001. 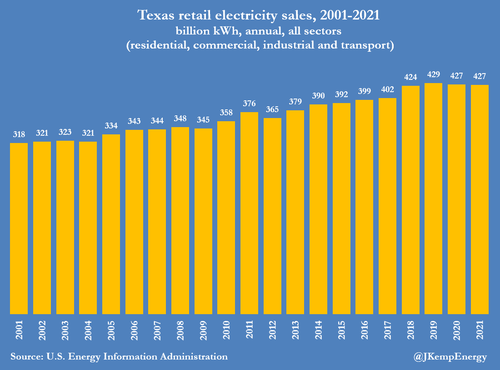 Compound annual growth in electricity sales (1.48%) has been almost the same as the compound growth in the state’s population (1.64%). Population and economic growth accounts for nearly all load growth; unusually cold winters or hot summers account for only a small share of variability. 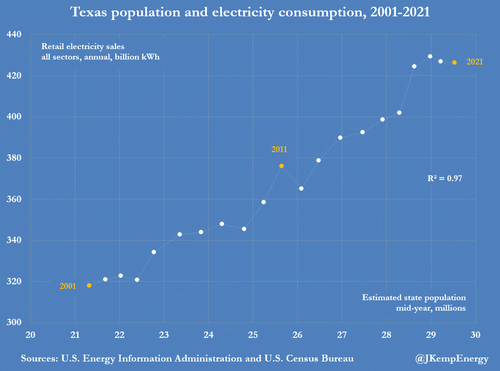 Repeated power crises and calls for conservation show how growth in dependable generation has failed to keep pace with growth in load leading to an erosion of generation margins.

The problem is compounded by the isolated nature of the state’s grid, which has very few links to neighbouring states, and is therefore unable to spread the normal variation of generation and load over a wider area.

The inadequate generation margin is masked when weather conditions are mild and close to long-term averages (in the same way a poorly capitalised bank’s problems are hidden when the economy is booming). But when temperatures become unusually cold or hot for the time of year, the extra pressure pushes the system to the brink of failure (in the same way thinly capitalised banks fail when the business cycle turns down). 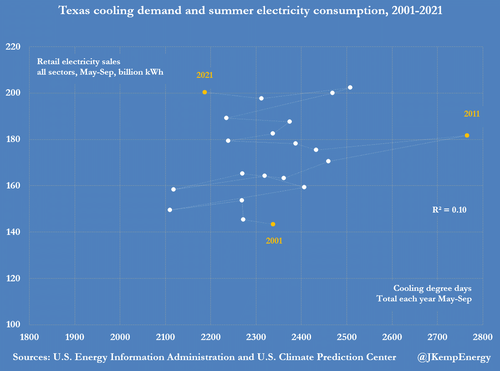 In winter, the problem centres on the inadequate weatherisation of generating units and the fuel supply system, which can cause supposedly reliable generation to fail to start when it is most needed.

In summer, there is insufficient surge generation capacity and insufficient flexibility in demand to ensure the system can be safely balanced whenever temperatures spike. 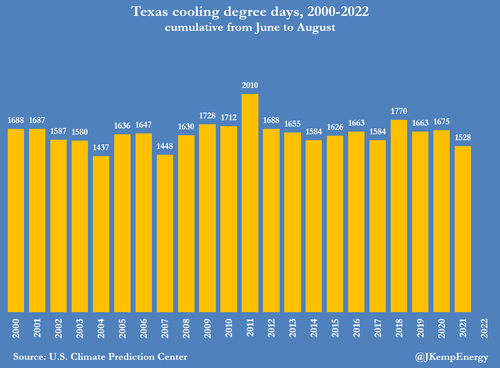 The problem is not the weather but the system design itself, insufficient capacity to match load growth, and failure to operate the network within conservative limits. The possible insufficiency of ERCOT’s generation margin this summer was identified by regulators in a review two months ago (“Summer reliability assessment”, North American Electric Reliability Corporation, May 18).

To a large extent, the problem has reflected a long-term political choice to operate an energy-only rather than a capacity market in the state to keep costs down.

The energy-only market provides cheaper electricity on average but at the cost of recurrent shortages leading to appeals for conservation and sometimes blackouts.