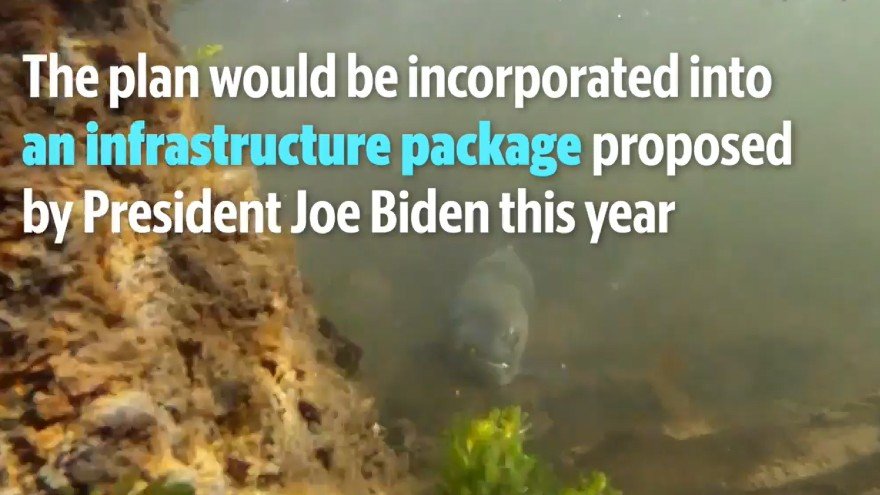 The Biden administration continues its ridiculous push for climate change reform, this time choosing salmon over you and still reducing green energy output.

This week the National Oceanic and Atmospheric Administration (NOAA) recommended breaching dams on the Snake River to ensure the survival of endangered salmon.

The move would most likely jeopardize power supplies in the Pacific Northwest and worsen the supply chain crisis.

A Monday draft report from NOAA suggested that four lower Snake River dams should be breached to decrease travel time for salmon. It cited that the move would also reduce stress on juvenile fish and encounters with powerhouses.

According to the report, the “earthen portion of each dam would be removed, and a naturalized river channel would be established around the concrete spillway and powerhouse structures.”

Ironically, breaching the dams would reduce the amount of clean energy produced under Biden, who is hyper-focused on eliminating fossil fuels.

According to a 2016 fact sheet from the Bonneville Power Administration (BPA), the four dams provide 3,033 megawatts of capacity to the Pacific Northwest.

Earlier this month, BPA noted that replacing the dams would cost $415 million to $860 million per year until 2045, amounting to a total cost of up to $19.6 billion. They also said the move would increase household electricity costs by up to 18% during the same period.

The group stated that the replacement is more expensive over time “due to increasingly stringent clean energy standards and electrification-driven load growth.”

Lawmakers from the region, led by Rep. Cathy McMorris Rodgers, have urged Biden to cut out the proposed change. She pointed out that Biden’s administration issued a declaration of emergency last month concerning the nation’s grid capacity.

“Today, with the release of these draft reports, one thing is clear: the Biden administration is talking a big game on carbon goals while simultaneously engaging in actions to undermine valuable clean, affordable, and renewable power resources on the Columbia River System, thus compromising energy stability across the region,” the Rodgers’ statement said.

Rodgers’ statement went on to say, “We urge this administration to consider the facts, prioritize transparency, and utilize sound science and input from all tribes, industry groups, and the ratepayers themselves before coming to an outcome in any final report that would be catastrophic to the communities we represent.”

As of this writing, there has been no response from the White House, leaving one to wonder, will Biden choose salmon over the American people.

The post Biden May Choose Salmon Above Americans Which Will Jeopardize Power Supplies in the Pacific Northwest appeared first on The Gateway Pundit.