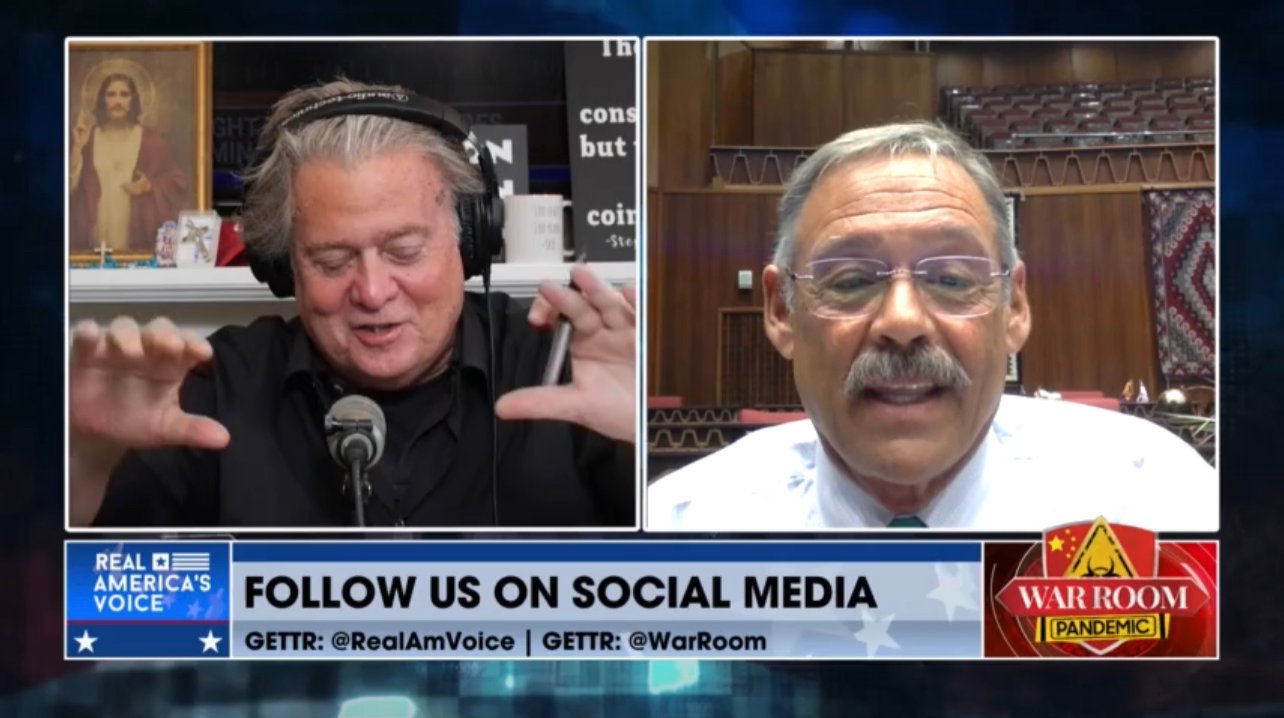 Democrat Katie Hobbs is running for Governor of Arizona, and Trump-Endorsed Kari Lake is the only Republican Primary candidate who can beat her, according to polls.

.@katiehobbs is (perhaps) the most corrupt politician in the history of Arizona.

And @KariLake is the only person who can stop her from becoming our next Governor.

The choice is clear on August 2nd. https://t.co/fuNBYbw3I3

The Gateway Pundit reported on this “mistake” by elections officials who ignored warnings and concerns from voters beforehand. This was further allowed by the incompetent Secretary of State, Katie Hobbs.

The full forensic audit of the Fraudulent 2020 Election in Maricopa County and the “2000 Mules” documentary discovered election law violations and hundreds of thousands of potentially fraudulent ballots in one county alone, under Katie Hobbs.

More recently, Katie Hobbs openly violated the law by shutting down the electronic 2022 candidate petition portals for some candidates in Arizona. This shutdown affected all legislative and congressional candidates but not her failing campaign for Arizona Governor. The illegal move disenfranchised candidates who were unable to meet the required signature threshold due to her incompetence and illegal actions.

The Gateway Pundit reported that Attorney General Mark Brnovich referred a criminal case against Katie Hobbs for this clear-cut election law violation. Brnovich delegated his powers to investigate Hobbs and enforce the law against her to Cochise County Attorney Brian McIntyre. However, nothing has come of it.

WATCH: Arizona State Rep. Mark Finchem on Katie Hobbs’ Potential Prosecution: “She Knowingly Did This. I Don’t See How This Doesn’t End Up In Some Kind of a Conviction”

The Attorney General needs to investigate Katie Hobbs for these 63,000 ballot “mistakes.”

When does your office stop giving Katie Hobbs the benefit of the doubt and start giving her prison time?

Katie Hobbs and the Democrats stole the 2020 election, and they’re doing it again in 2022.

The Secretary of State, Katie Hobbs, signed off on the Pinal County ballots that did not have municipal offices on them. This is unacceptable behavior and performance. pic.twitter.com/bfhYjLLscu

Primary Election concerns are coming out across the state. The Gateway Pundit recently reported that in Cochise County, An Arizona County elections director appears to be unconstitutionally discriminating against conservatives in the vetting process for 2022 Election poll worker applicants.

Bannon: What happened in Pinal County? What happened to your ballots? And why is Katie Hobbs the first one out there saying hey, it’s not my problem. I have nothing to do with this, and Finchem is a bad guy. Tell our audience first what actually happened, and then tell me about Katie Hobbs of it all.

Finchem: You can’t make this stuff up. Pinal County mailed out their mail out ballots with no municipal offices on the ballot. None. None of the city. I mean, we’ve got Coolidge, Eloy, Maricopa City, all of those municipal offices were missing from the ballot. None of them on the ballot. It was approved by the Board of Supervisors. It was approved by the elections director and Miss Perfect herself, Katie Hobbs.

Bannon: It’s not funny and I don’t mean to laugh because correct me if I’m wrong, early voting already started. This is a debacle. Should she resign? I just gotta ask this question. Should he resign immediately as Secretary of State The buck stops with her. Is that correct? Mark Finchem.

Finchem: That’s my opinion, but we still have a general election. It has become such a mess. Such a goat rodeo that I’m not really sure how we unwind this. Now, of course, there’s a recovery plan that the Board of Supervisors are putting together, but that’s not the point. I mean, this is a major screw-up. And if you had a Secretary of State who was on the ball, who was process-oriented, who went through the checklist and made sure that everything was on the ballot that should be on the ballot; if you held the Board of Supervisors and the elections director and the County Recorder accountable for the law; because this is a violation of the law, you would be able to maybe restore faith in the American people’s mind.

Bannon: She’s running for governor. I got that, but should she resign immediately with her current job as Secretary of State today because of incompetence?

Finchem: I think she should.