US Workers Have Lost $3,400 In Annual Wages Due To Biden’s Inflation – “Crushing The Middle Class” 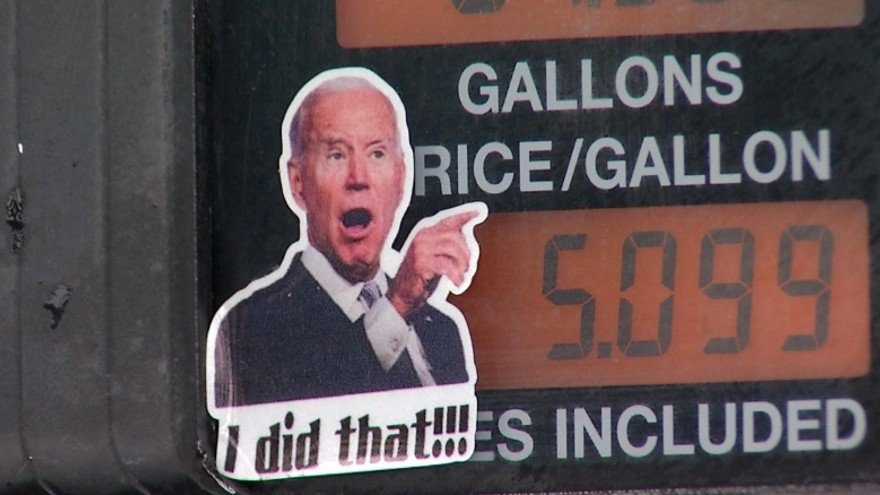 Inflation exploded in June with the inflation rate increasing 9.1% year over year.

This was the biggest increase since February 1981.

The Consumer Price Index for All Urban Consumers (CPI-U) increased 1.3 percent in June on a seasonally adjusted basis after rising 1.0 percent in May, the U.S. Bureau of Labor Statistics reported today. Over the last 12 months, the all items index increased 9.1 percent before seasonal adjustment.

The increase was broad-based, with the indexes for gasoline, shelter, and food being the largest contributors. The energy index rose 7.5 percent over the month and contributed nearly half of the all items increase, with the gasoline index rising 11.2 percent and the other major component indexes also rising. The food index rose 1.0 percent in June, as did the food at home index.

This inflation is hurting American workers.

The average U.S. worker has lost $3,400 in annual income as a result of skyrocketing inflation since President Biden took office nearly 18 months ago.

“There are plenty of families that that’s more than their food budget a year,” Antoni told Fox Business in an interview. “I can’t emphasize enough how much this is really crushing consumers.”

“It’s truly crushing the middle class and then the White House spokesperson says these garbage lines like ‘the economy is in transition,’” he continued. “Transition in the same sense, I suppose, that an iceberg transitioned the Titanic into a submarine.”

Biden has been a complete disaster!

The post US Workers Have Lost $3,400 In Annual Wages Due To Biden’s Inflation – “Crushing The Middle Class” appeared first on The Gateway Pundit.