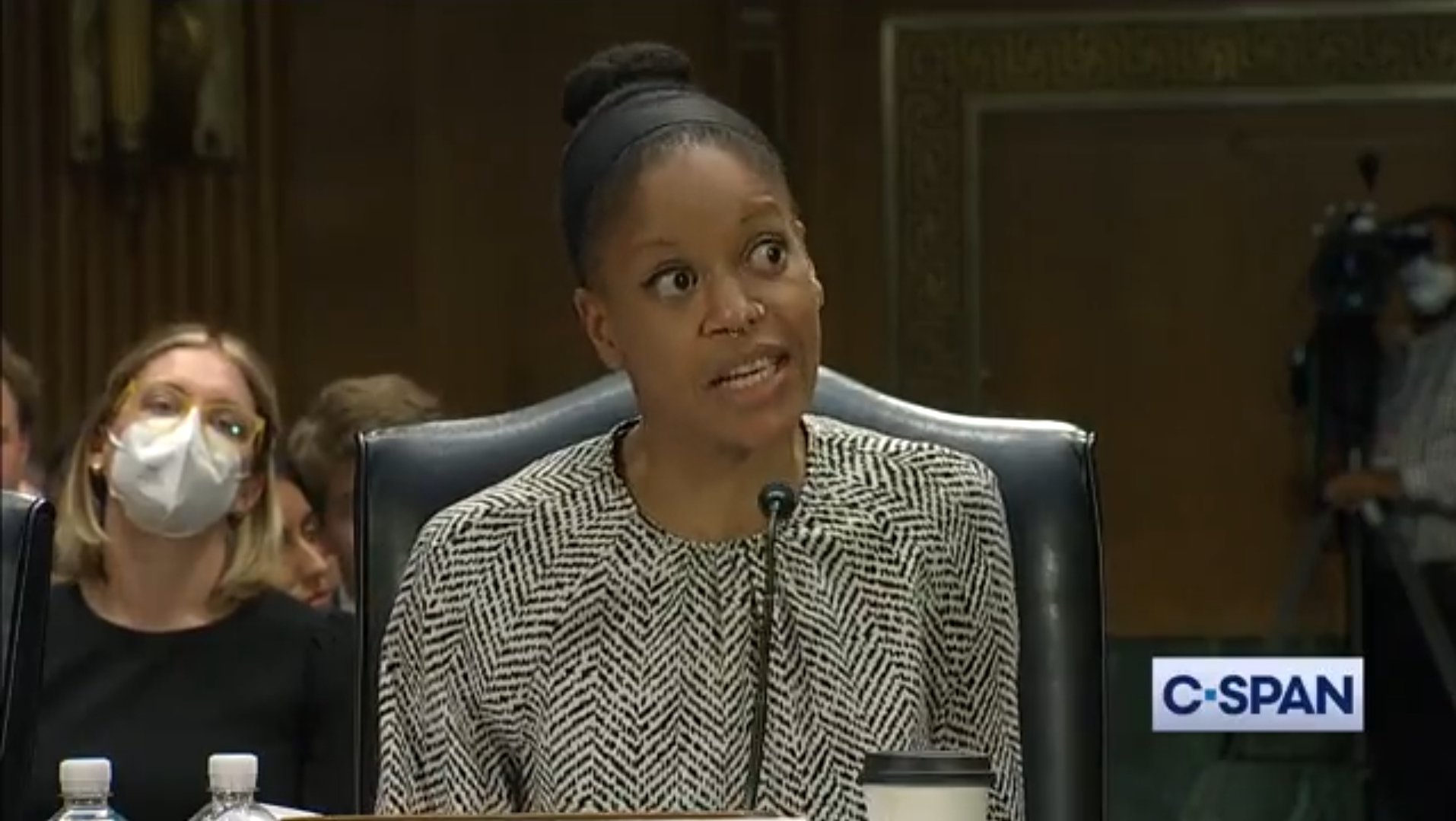 With the overturning of Roe V Wade, the left has completely gone off the deep end.

Overturning Roe has drawn out the demons. Put on your spiritual armor.

This lunacy has been on full display ever since SCOTUS rendered its decision earlier this month, with unhinged activists engaging in depraved displays of celebration for the act of mutilating and killing unborn babies. Countless pro-abortion goons have swarmed Washington DC to show their support for the abysmal practice in addition to showing up at Justices’ private homes to intimidate them for daring to turn the decision back over to the states.

Unfortunately for the delusional leftist masses, the narrative peddlers at the top of the hierarchy cannot pin down a solid definition of what a woman even is, and therefore are having a difficult time deciding on the branding of their renewed pro-abortion crusade. If men – the same people who have been told to “shut up” and “keep your laws off our bodies” – can get pregnant, then is abortion no longer solely a women’s right to choose?

Even the Supreme Court’s most recent appointee can’t give an answer when she’s confronted with the simple question, as she infamously proved during questioning at her confirmation hearings.

WATCH: Biden’s SCOTUS Pick Says She ‘Can’t’ Define What A Woman Is “I Can’t, I’m Not a Biologist”

Well, now we have even more confusion about the hard-to-pin-down definition of a woman, this time coming from a prominent law professor from Berkeley College, who suffered a complete and total meltdown when confronted with basic facts of reality during an appearance on Capitol Hill – mainly, that men cannot get pregnant.

On Tuesday, pro-abortion radical Khiara Bridges, who has repeatedly used the term “people with the capacity for pregnancy” in the past and in her academic work, appeared before the Senate about the recent SCOTUS decision. During her testimony, Bridges was questioned by Republican Senator Josh Hawley (MO) about her terminology and belief about who can actually become pregnant.

Not messing around one bit, Hawley opens his time by asking the ‘esteemed’ academic straight up – do you mean a woman?

If only it could be that simple… well, it is – but, here we are.

So, let’s get this straight: cis women (straight women), check – trans men (confused women), check – and non-binary people (who can also be women), check. In other words, they’re all women – only women can get pregnant.

Unsurprisingly, when this deeply insightful answer did not satisfy Hawley, Bridges entered full meltdown and began shouting about how Hawley was “threatening” the lives of trans people by “pretending that they do not exist.”

From Bridges’ exchange with Hawley:

Hawley: “Wow, you are saying that I’m opening up people to violence by asking whether or not women are the folks who can have pregnancy?”

Bridges: “So, I want to note that one out of five transgender persons have attempted suicide.”

Hawley: “Because of my line of questioning? So, we can’t talk about it?”

Bridges: “Because denying trans people exist, and pretending not to know they exist is dangerous.”

Hawley: “I’m pretending that trans people don’t exist because I’m asking you if you are talking about women?”

It’s at this point that Bridges just begins shouting “are you? are you?” before asking Hawley if he thinks men can get pregnant.

“No,” Hawley says confidently. “I don’t think men can get pregnant.”

Unbelievably, Hawley’s answer causes Bridges to thank him as if he had just validated her point about “pretending trans people don’t exist.” These radicals are delusional.

Berkeley Law Professor Khiara Bridges: “Do you believe that men can get pregnant?”

Sen. Josh Hawley: “No, I don’t think men can get pregnant.”

Keep in mind – this woman is a prominent ‘academic’ and professor – who influences legal students – at supposedly one of the foremost colleges in the country, if not the world. Berkeley currently ranks as the top public university in the US and is fourth-best overall, according to U.S. News & World Report’s latest global rankings. The cost of tuition per year at the college is a whopping $44,066 as of 2020 – a pretty penny to learn from radicals like Bridges.

The post UNHINGED: Pro-Abortion Berkeley ‘Law Professor’ Has Total Meltdown After Sen. Josh Hawley Confronts Her with Reality that Men Cannot Get Pregnant – (VIDEO) appeared first on The Gateway Pundit.