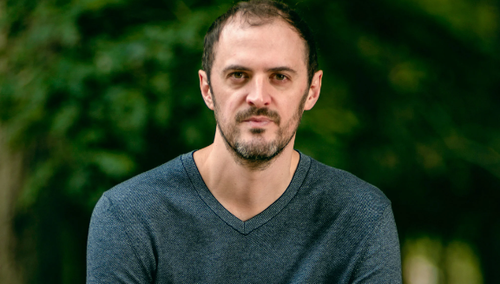 Short seller Hindenburg Research has gone long Twitter in the midst of the company’s forthcoming Delaware Chancery Court battle with Elon Musk. The stock was up in early trading this morning as the public had a chance to digest Twitter’s complaint against potential buyer Elon Musk, filed yestrerday.

The idea at these levels isn’t crazy, as there’s a call option for significant upside in shares if Twitter is successful in court. The company is arguing for an expedited trial as soon as September, if the court approves.

We noted yesterday that Twitter had officially sued Musk to enforce the buyout. The complaint reads…

Musk refuses to honor his obligations to Twitter and its stockholders because the deal he signed no longer serves his personal interests.

Having mounted a public spectacle to put Twitter in play, and having proposed and then signed a seller-friendly merger agreement, Musk apparently believes that he — unlike every other party subject to Delaware contract law — is free to change his mind, trash the company, disrupt its operations, destroy stockholder value, and walk away.

This repudiation follows a long list of material contractual breaches by Musk that have cast a pall over Twitter and its business.

Twitter brings this action to enjoin Musk from further breaches, to compel Musk to fulfill his legal obligations, and to compel consummation of the merger upon satisfaction of the few outstanding conditions.

The court will determine whether he remains on the hook for the purchase or whether Twitter violated its obligation to provide Mr. Musk with data he requested, entitling him to walk away.

Recall, Hindenburg had previously suggested that the deal may not consummate at Musk’s original price, stating back in May that Musk held “all the cards”. The firm wrote in May:

Twitter is currently trading at about a ~10% discount to its current proposed go-private price of $54.20. We view the risk of a higher competing offer as extremely low, essentially capping the downside on a short at these levels.

There seems to be no credible risk from an anti-trust perspective, but the deal is still subject to risk of delay given the intensity of the political backdrop. In our view, Musk holds all the cards here. The board quickly agreed to the deal when conditions were vastly more favorable, and we think they’d make the right decision again when faced with the present reality.

The stock subsequently plunged in the months following the call, as Hindenburg likely now sees opportunity in the opposite direction given the new facts that have unfolded.

We ran down our four likely scenarios of how this ultimately plays out yesterday:

We believe “4” is the most likely conclusion to this soap opera.