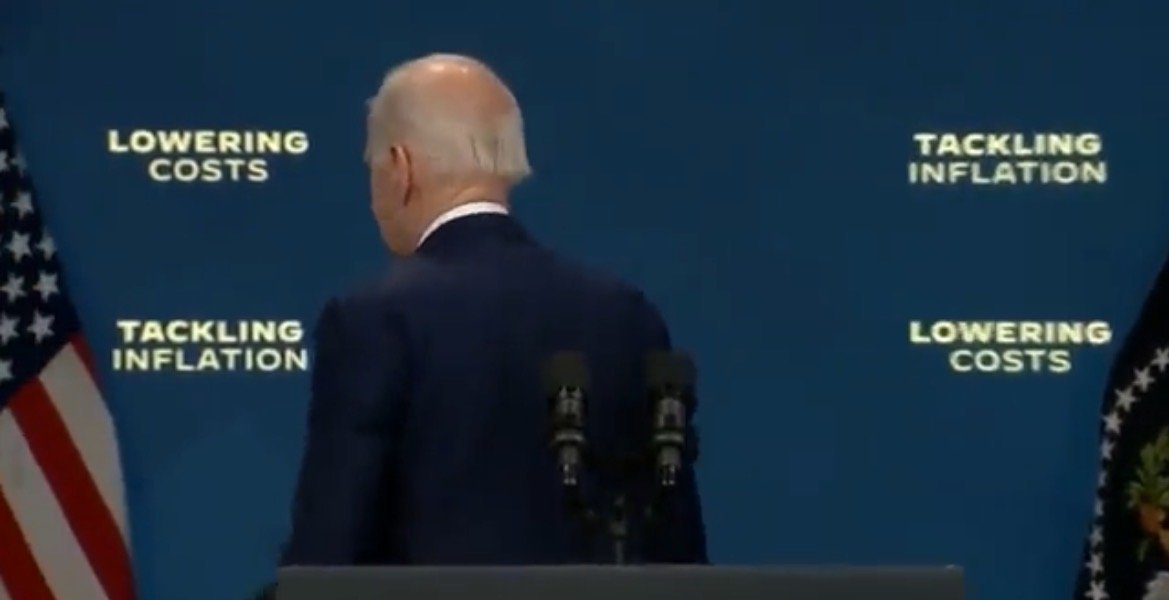 Things just got even worse for Joe Biden. Just 18% of Americans say President Biden should run for reelection in 2024, according to the latest Yahoo News/YouGov poll — the lowest number to date. Nearly two-thirds (64%) say he should bow out.

And for the first time, more Democrats now say Biden should pass on a second term (41%) than say he should pursue one (35%).

The survey of 1,672 U.S. adults, which was conducted from July 8 to July 11, represents perhaps the starkest evidence to date of the president’s deteriorating position with voters — including those in his own party. Since late May, the number of Americans who say Biden should run for reelection has fallen by 7 points; among Democrats, that number has fallen by 8 points.

Biden snapped at a reporter who asked him about a separate poll that found 64% of Democrats don’t want him to run in 2024.

“Read the Polls, Jack! You Guys Are All the Same!” – Biden Snaps at Reporter Asking About NY Times Poll Showing 64 Percent of Dems Don’t Want Him to Run Again (VIDEO)

The post NEW LOW: Only 18% Want Biden To Run In 2024 appeared first on The Gateway Pundit.