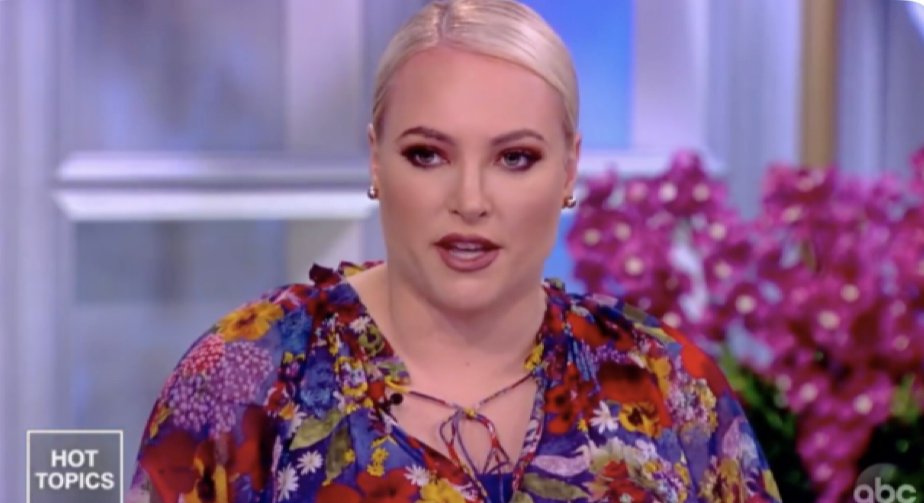 Former co-host of The View and daughter of late Senator John McCain, Meghan McCain, recently called Kari Lake a “b*tch” and accused her of stealing McCain’s nickname in a now-deleted tweet.

McCain is an out-of-touch America-hating elitist just like her father.

The Gateway Pundit previously reported that McCain went all in for Joe Biden ahead of the Stolen 2020 Election, referring to Sleepy Joe Biden as “Teflon Joe.”

McCain has even called for the assassination of President Trump, echoed by Joy Behar, live on The View.

Now that the 2020 Election was successfully rigged and stolen for Joe Biden, McCain is targeting great Trump-Endorsed Patriots like Kari Lake running for Arizona Governor.

McCain retweeted a post about Kari Lake’s Tucson rally at The Maverick, a live country music club in town. Meghan actually mistook “The Maverick,” thinking it was another shot at her RINO father or that Kari Lake was using his infamous nickname. She asked on Twitter, “Why did the b*tch steal my dad’s nickname?”

Begging to be relevant again, we have a deleted tweet from coastal elite Biden endorser @MeghanMcCain. She doesn’t live in Arizona or know that “The Maverick” is located in Tucson.

So @Karrin4Arizona is backed by Democrats as well as Republicans for Biden. Got it. pic.twitter.com/bhlXTT77no

During his many decades in Congress, McCain earned the nickname “Maverick” simply because he was such a RINO. KTAR reported,

McCain was called a maverick by the media during instances when he would break from his own party, most notably during his 2000 and 2008 presidential runs.

“Meghan McCain completely pantsed herself trying to dunk on Kari Lake,” said one Twitter user. This was so embarrassing.

.@MeghanMcCain completely pantsed herself trying to dunk on @KariLake.

What is it with her family and fighting losing battles? https://t.co/bFZIo1S8Ww

This isn’t the first time McCain has shown hatred towards Lake.

Previously, McCain called Kari Lake “trash” on twitter over her comments about the McCain Swamp in Arizona.