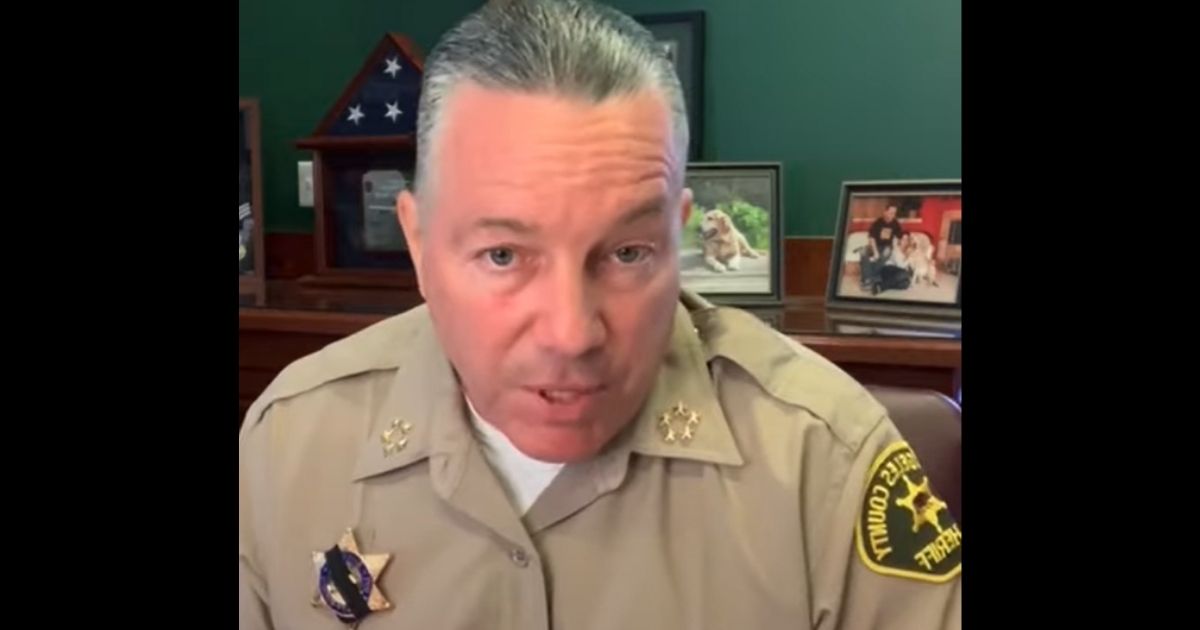 The Los Angeles County Board of Supervisors on Monday approved a proposal to give themselves power to remove law-and-order Sheriff Alex Villanueva from office.

Los Angeles Sheriff Alex Villanueva is all about law and order.

Sheriff Villanueva refused to enforce Covid mask mandates and he proudly announced he would not enforce the vaccine mandates.

The Democrat machine in Los Angeles wants Sheriff Villanueva OUT so the LA County Supervisors asked their lawyer to draft up a resolution to give them power to remove the sheriff.

“The board voted 4-1, with Supervisor Kathryn Barger casting the lone dissenting vote. The matter would still need final passage from the board for it to be put in front of voters on Nov. 8. If passed, it would give the panel the power to remove an elected sheriff “for cause” with a four-fifths vote,” Fox Los Angeles reported.

Villanueva blasted the county supervisors in a statement.

“It appears you are making yourselves the judge, jury and executioner for the office of the sheriff, nullifying the will of the voters. This illegal motion seeks to undermine the role of the sheriff and render the office subordinate to the Board of Supervisors. On its face, your proposed ordinance language is not a proper reading of the law and will be challenged on these multiple grounds,” Sheriff Villanueva said.

The Los Angeles County Board of Supervisors on Monday directed its attorney to draft a proposed ballot measure to give the body the power to remove Sheriff Alex Villanueva following repeated clashes between both parties.

In a Monday letter to the board, Villanueva blasted the proposal, calling it “recipe for corruption.” He further said it would allow “board members to intimidate sheriffs from carrying out their official duties to investigate crime.”

The motion does not mention Villanueva by name, but states, “The current sheriff has been openly hostile to oversight and transparency and has tested the functionality of existing oversight structures by consistently resisting and obstructing these systems of checks and balances.”

On Friday, the Republican National Committee issued a statement calling the proposal “another prime example of how Democrats like to change the rules when they don’t get their way.”

“Not only is Sheriff Villanueva an elected official, he’s one of the few who has been willing to stand up to the board for reducing law enforcement funding and effectively endangering the lives of Angelenos,” according to the RNC. “… This decision from the L.A. County Board of Supervisors would attempt to bully the elected sheriff into doing what they want and would be yet another blow to a free and fair democracy, thanks to California Democrats.”