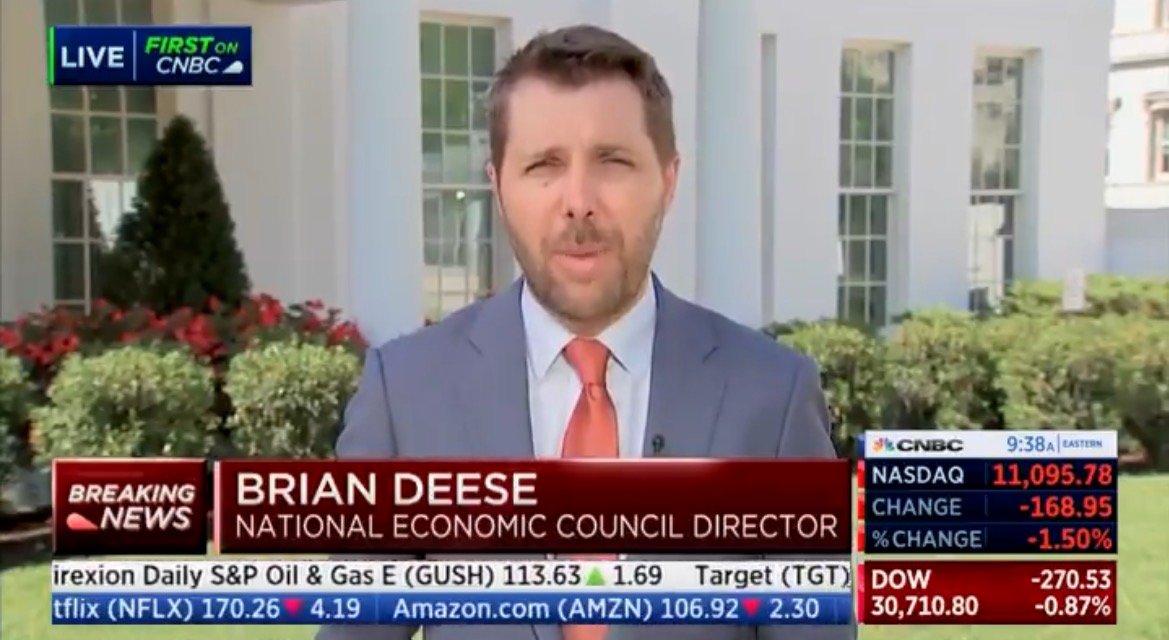 This must be the “liberal world order” Brian Deese spoke about a couple weeks ago.

Inflation exploded to 9.1% in June, according to the Bureau of Labor Statistics.

The numbers are actually worse than the Biden Regime is admitting.

Here are some of the numbers via CNBC:

Biden’s Director of the National Economic Council Brian Deese said now is the perfect time for the government to spend more money.

Joe Biden’s Director of the National Economic Council last Thursday let the mask slip when asked what he would tell Americans who can’t afford high gas prices for years to come.

“What do you say to those families that say, ‘listen, we can’t afford to pay $4.85 a gallon for months, if not years?’” CNN host Victor Blackwell asked Brian Deese.

“This is about the future of the Liberal World Order and we have to stand firm.,” Biden advisor Brian Deese said.