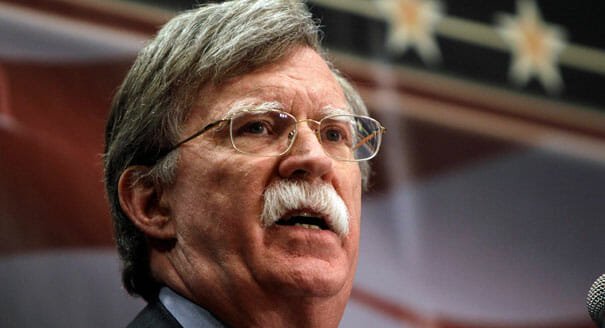 John Bolton just outed himself as someone who helped plan coups.  He had no shame and shared it like no big deal.

Some conservatives still had a positive image of John Bolton before he entered the Trump White House.  But unfortunately, like everything and everyone else that came close to President Trump, Bolton’s true colors soon were revealed.

Bolton was let go in shame after a very short time with the President and his name was damaged beyond repair by his own doing.  Others spoke out about Bolton.

Bolton freaked out and those close to America and President Trump could not figure him out. Rudy said he was “either a liar or a backstabber”.

“I Don’t Know what John’s Up To. He’s Either a Liar or a Backstabber” – Rudy Giuliani UNLOADS on John Bolton (VIDEO)

President Trump Eviscerates John Bolton: ‘If I Listened to Him, We Would Be in World War Six by Now’

This week Bolton showed his true colors.  He showed he’s not too bright and he was involved in planning coups.

CNN: “One doesn’t have to be brilliant to attempt a coup”

BOLTON: “I disagree with that. As somebody who has helped plan coups, not here but other places…”

Um… excuse me, what?

Did John Bolton realize he just publicly admitted the US does coups around the world – like Putin has been saying all along?

After his actions in the Trump Administration, Bolton was not liked by many.  He was much like Liz Cheney is today, not liked at all but the left is appreciative of their work in trying to take down President Trump.

How many coups and lives did John Bolton participate in overseas?  What is the likelihood he was part of the 2020 Election steal and efforts to get rid of President Trump?

The post John Bolton Shows His Smarts When Answering to CNN Comment “You Don’t Have to Be Brilliant to Attempt a Coup” appeared first on The Gateway Pundit.