Host At Far-Left Radio Station Aired This Salacious Conversation With A Child Before Getting Arrested For Kidnapping, Raping A 13-Year-Old Girl 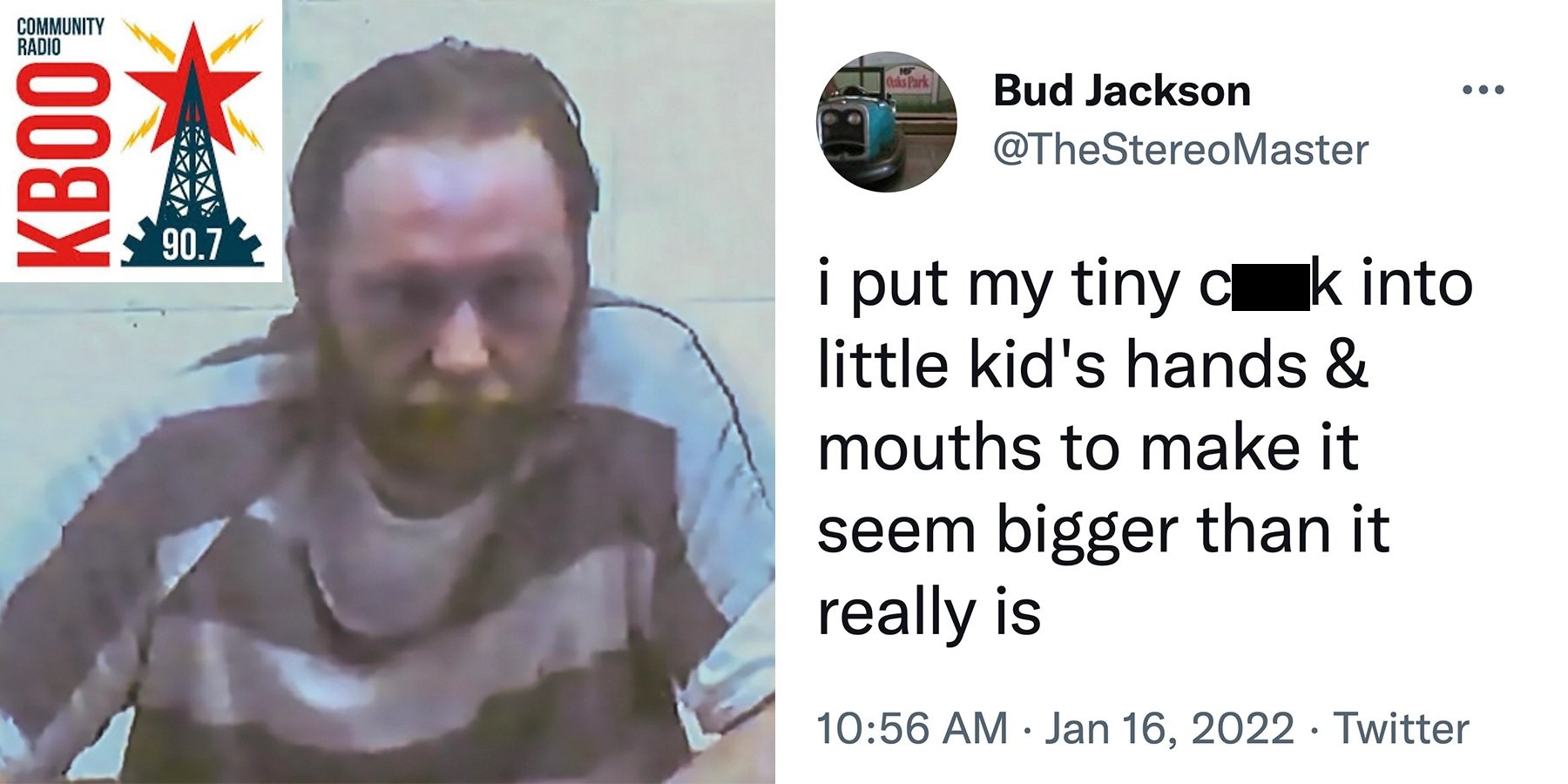 On June 13, Noah Madrano, producer and host of the “Sub-Human Intellect Theater” or S.H.I.T. at Portland’s KBOO radio network, featured a profane “skit” on his broadcast of a phone sex scene with a child.

Madrano refers to himself as GOP Rep. Matt Gaetz as he uses pornographic language while talking to a “baby girl” about being in school and wearing a retainer.

Journalist Andy Ngo, a reporter with The Post Millennial obtained audio of the incriminating broadcast.

CONTENT WARNING. This is an edited segment of the last @KBOO radio episode by child rape suspect Noah Madrano. I contacted KBOO to inquire if the voice on the graphic sex “skit” is the girl that he is accused of kidnapping & raping. They didn’t respond. I have removed her voice: pic.twitter.com/xWfo1uF0sE

Days after the episode aired on KBOO, which bills itself as an Antifa radio station, Madrano was arrested for child trafficking and child rape.

On June 24, a 13-year-old girl from Alberta, Canada never showed up for school and her family reported her missing.

More than a week later, local police and agents with the FBI found her in an Oregon City hotel room, approximately 12 miles south of Portland. She was then taken to a local children’s hospital for evaluation and reunited with her family in Canada.

Clackamas County prosecutors claim Madrano targeted and groomed the girl “over the course of a year” before he kidnapped her. Madranao also allegedly threatened to kill the girl and “have sex with her dead corpse.”

He was charged with first-degree sexual abuse, second-degree rape and second-degree kidnapped and is currently being held in Clackamas County.

Neither the Oregon City Sheriff’s Office nor KBOO responded to inquiries on whether the girl in the skit was the victim who was kidnapped and raped.

One of Madrano’s last tweets reads, “I put my tiny c*** into little kid’s hands & mouths to make it seem bigger than it really is.” The only tweet that his account liked on Twitter was written by another person and it reads, “Literally at this point just admit you think it’s cool for people to rape little kids.” Additionally, the profile banner on the account appears to show a nude child.

There are only three followers on Madrano’s Twitter account and one of them is KBOO.
Madrano’s YouTube account under the username “Madnana42” also has content suggesting an interest in the violent sexual abuse of minors. A playlist on the account is titled, “Videos of teenagers literally getting raped.” The only video on the playlist is a Marilyn Manson music video of “Heart-Shaped Glasses.” Actress Rachel Evan Wood, who was 19 in the video, alleged this year that the sex in the 2007 music video was non-consensual.
Madrano’s YouTube account described the playlist as, “A barely legal Evan Rachel Wood (13) getting raped on camera by a guy twice her age.” 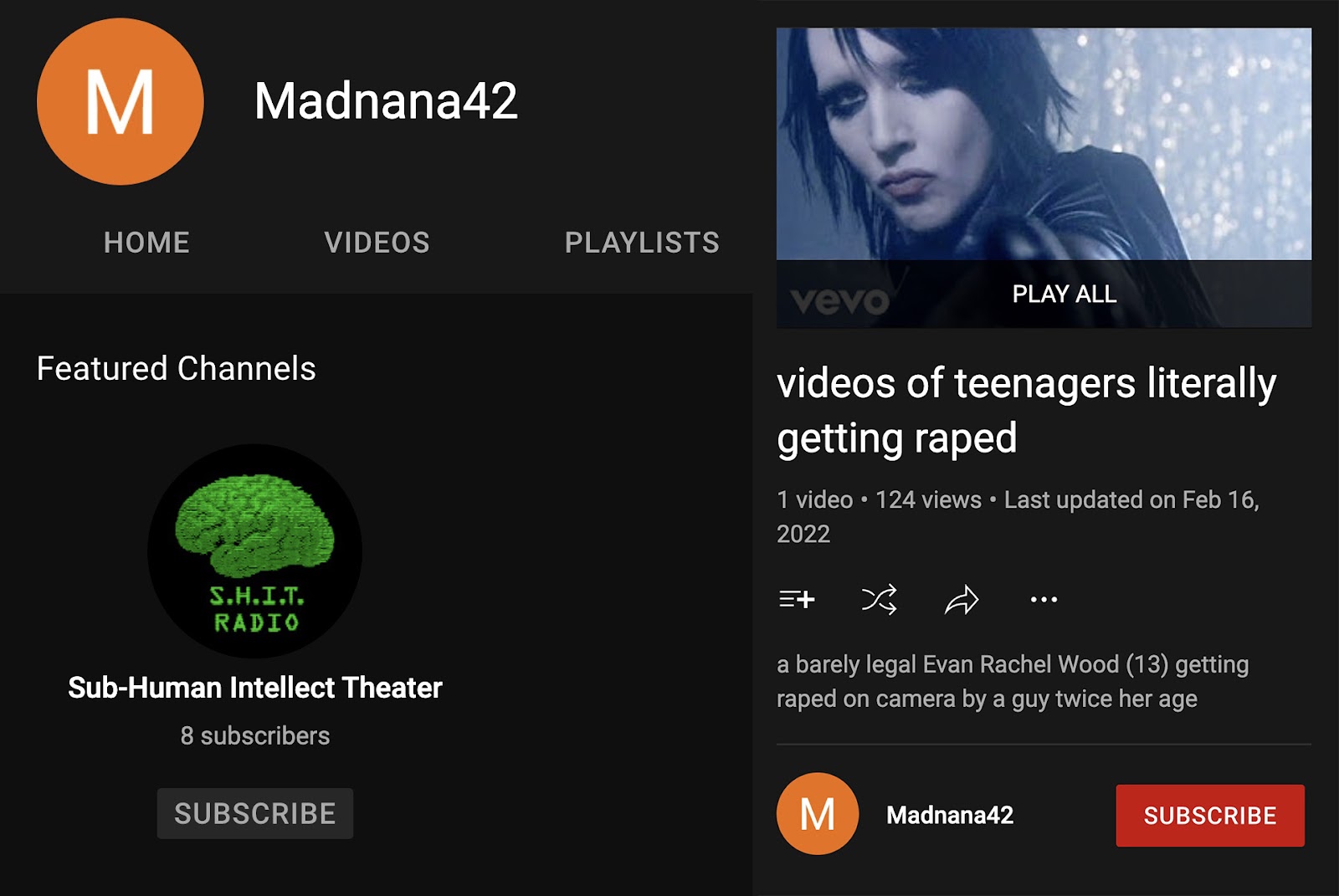 Madrano’s launched his show at KBOO, which uses the slogan, “Making radio sound like a child’s play,” in 2012.

“Dear community, thank you for alerting us of the misconduct of one of our volunteers. We have taken appropriate actions regarding this person’s involvement with KBOO.”

On Tuesday, Madrano was arraigned on five felony counts including new charges of sodomy and unlawful sexual penetration at Clackamas County, Oregon.

The post Host At Far-Left Radio Station Aired This Salacious Conversation With A Child Before Getting Arrested For Kidnapping, Raping A 13-Year-Old Girl appeared first on The Gateway Pundit.