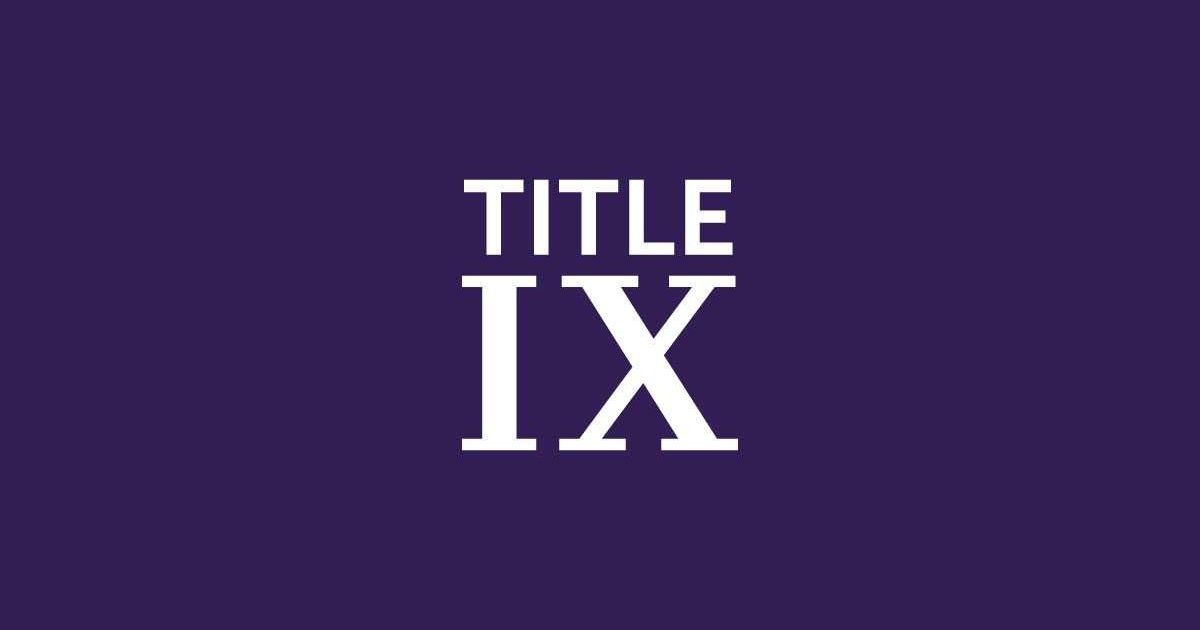 On Tuesday, the Biden Administration released its modern, woke revisions to the famed Title IX, which guaranteed rights for women in public schools, and will now allow men to invade their rights.

The Department of Education (DOE) has officially proposed its extension of Title IX, a landmark civil rights law prohibiting sex-based discrimination in federally funded schools. The latest revision would include situations that apply to sexual orientation and gender identity.

Under their rule, schools must consider “women” to include biological men.

Biden is threatening to cut off federal funding for schools who don’t comply.

The proposal forces public schools to allow biological men to participate in women’s sports and access facilities such as locker rooms and bathrooms. Should they refuse, they will no longer receive federal funding.

According to the document, regulations would “define sex-based harassment to include but not be limited to sexual harassment; provide and clarify, as appropriate, definitions of various terms related to a recipient’s obligations to address sex discrimination, including sex-based harassment; clarify how a recipient is required to take action to end any sex discrimination that has occurred in its education program or activity, prevent its recurrence, and remedy its effects; and clarify a recipient’s obligations related to the grievance procedures and other necessary steps when it receives a complaint of sex discrimination.”

The proposed change will require every sex-separated space, program, building, bathroom, and locker room to accommodate transgender individuals. Sarah Perry of The Heritage Foundation told the Daily Caller in May that the change means that persons “who may feel as though they are women, even though biologically, they are men,” would share the same private space.

Under the new rules, the administration details that using the wrong gender pronouns to address a fellow student or improper use by faculty is considered sexual harassment.

Among other things Biden’s new Title IX rule — which applies to all public schools and most universities — says that using the wrong gender pronouns is sexual harassment. Wokeism will be mandatory, unless you want to be expelled. pic.twitter.com/0bbQ8v4xLa

The new rules would roll back constitutional protections for students accused of heinous crimes, including the right to a live hearing to cross-examine their accuser and the witnesses against them. The new rules would allow a “single investigator” model that allows a single person to act as investigator, judge, jury, and executioner.

This revision would also prevent accused students from learning the evidence against them, such as what the accuser and witnesses are explicitly accusing them of doing. It would also allow schools to keep individual testimonies hidden, making it nearly impossible for wrongly accused students to file a lawsuit to protect their civil rights.

On the anniversary of #TitleIX trans activists try to drown out the voice of FEMALE swimmer Riley Gaines who was forced to swim against male swimmer Lia Thomas. Not only do they want to steal their opportunities in sports, they don’t even want women to speak.#OurBodiesOurSports pic.twitter.com/poJ3GSVESP

The change comes as a blow to biological women, who have been victims of the recent wave of transgender activism. Most notable has been the controversy surrounding Lia Thomas, the male swimmer who identifies as a woman. The change to Title IX will signal the end of a long-held provision that designates certain rights to biological women.

AMERICANS! The window is open to make our public comments on the disastrous changes to Title IX

We MUST let them know that we do NOT want changes that would make it illegal discrimination to bar any male from girls’ sports if he identifies as a girl. PLEASE SUBMIT A COMMENT! https://t.co/BPrlg4FMOg

The new proposal must undergo a two-month review and comment period, per the Administrative Procedures Act. According to the Federal Register, comments must be received by Sept. 12, 2022.

The post Here’s Your Chance To Weigh In On Biden’s Woke Title IX Revision Allowing Boys Into Girls’ Bathrooms appeared first on The Gateway Pundit.