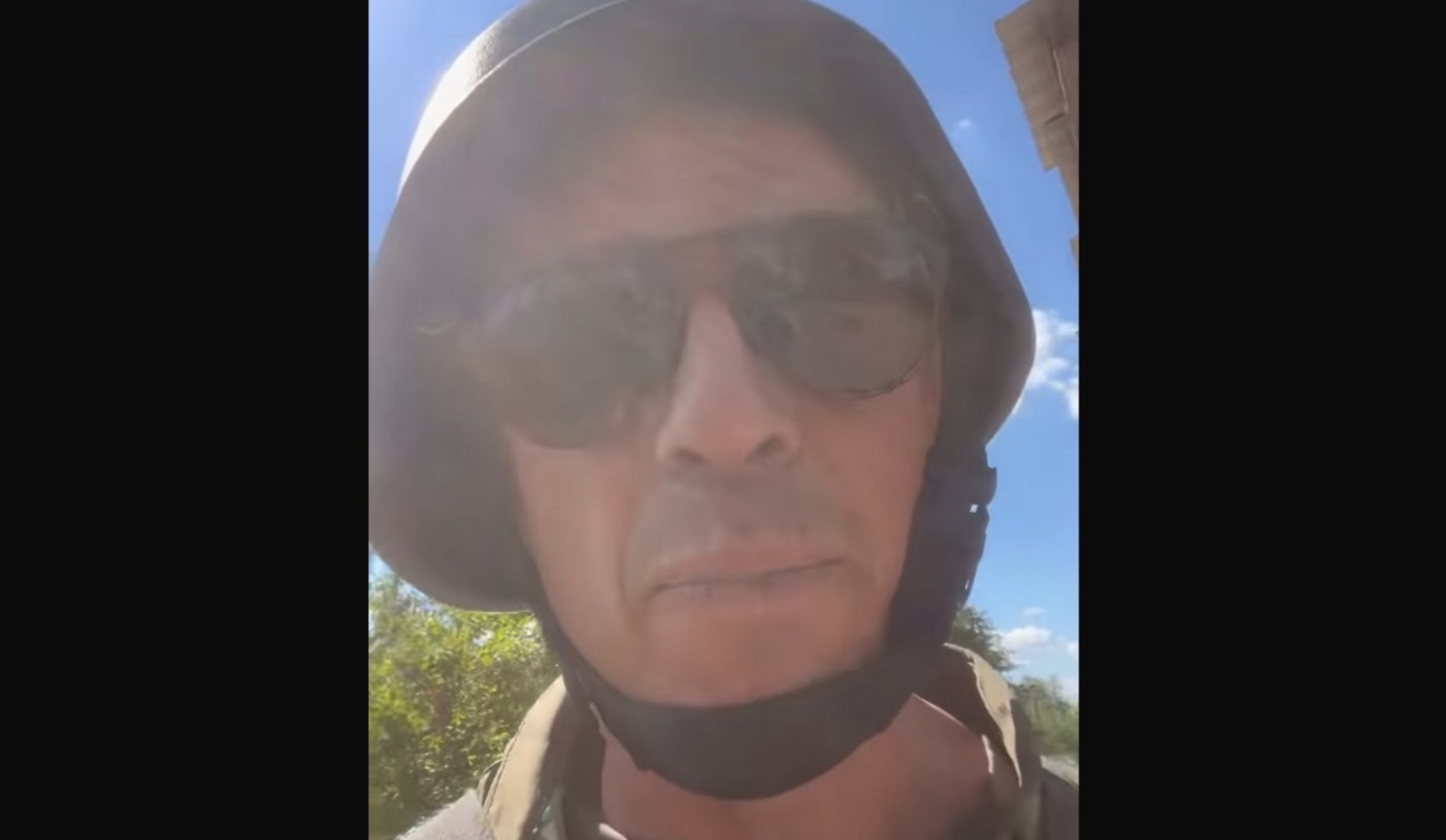 As if there weren’t enough Western Fake News hacks covering this war already, Chris Cuomo, the former host of CNN’s Cuomo Prime Time and disgraced brother of also disgraced sexual deviant Andrew Cuomo, has returned after a 7-month hiatus and is currently on the ground in Ukraine cosplaying as a “free agent” reporter for his social media followers.

In his triumphant return to the spotlight, ‘Fredo‘ posted on Instagram late last month announcing he had reached Ukraine, as well as pictures and video showing the devastation that war has brought to the region.

“More to come of how bad it is getting here. #ukraine #ukrainewar #letsgetafterit.” Cuomo said. He has been providing updates on social media ever since.

On Monday, Cuomo posted a series of videos of himself reporting live on the scene while embedded with Ukrainian troops. In it, he is embracing the theatrics of war-zone coverage fully, as he is dressed in full military-style fatigues while improperly wearing his battle helmet. Oh, and he has a sweet pair of aviators to complete the look. He even made sure to record when he was hurriedly being rushed up a hill as if there was a clear and present danger.

These clowns love their dress-up. If only they would put that much effort into… ya know… reporting the facts.

Instead, Cuomo focused on peddling the West’s accepted propaganda, insisting to viewers that “America should be paying a lot more attention” to the situation in Ukraine. One thing’s for sure, this free agency thing is rough on Fredo, he really wants his job back.

Americans need to pay more attention? Don’t tell Biden that, he just sent another $1.7 billion to the notoriously corrupt country – and that’s on top of the whopping ~$60 billion he’s already provided in aid.

Biden’s War Machine Is Sending Another $1.7 Billion To Ukraine

“I went to the eastern front. Shelling is intense and devastating. Why so little coverage here?” Cuomo asked his followers before likening the Ukrainians fighting against Russia to Americans in the revolution when they established independence from the Brits – a laughable comparison, especially considering the proxy powers that are currently behind the Ukrainian government.

“Ukrainians sound like Americans ~240yrs ago vs the British. They are laying down their lives to keep the freedoms we have here.”

According to The Daily Mail, it’s “unclear who is footing the bill” for Cuomo’s foray back into journalism. However, he has been working with actor Sean Penn, who is in the country filming a documentary, on reporting about the war. Cuomo is also selling merchandise like mugs, baseball caps, and shirts through his website, which could be contributing to the funding of his journey.

Back when he was fired from CNN, Cuomo publicly smeared his colleagues and the executives at the network while demanding a $100+ million payout. This seemingly never came to fruition as Fredo is now peddling his Fake News BS as a “free agent” trying to scrape back up any of his lost relevance.

Oh, how the mighty Cuomos have fallen.

The post Disgraced Ex-CNN Personality Chris Cuomo is Currently Cosplaying as a “Free Agent” Journalist On the Ground in Ukraine appeared first on The Gateway Pundit.