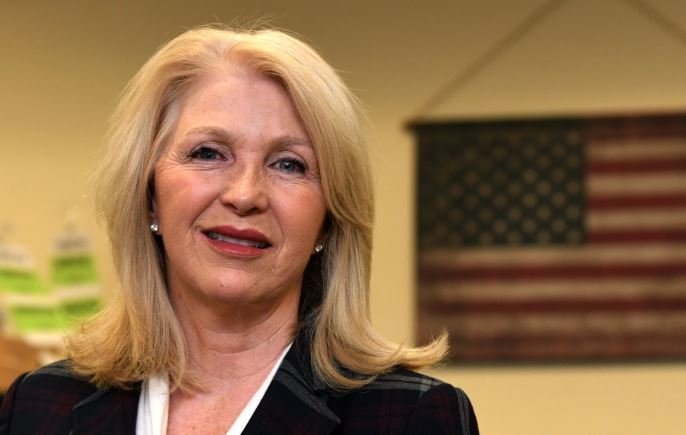 On Tuesday, July 1, a no-name political operative who sits on the Board of Directors for Mark Zuckerberg’s private election mafia the Center for Tech and Civic Life (CTCL) won the Republican primary Secretary of State race in Colorado.

Popular conservative and MAGA candidate Tina Peters was leading in the polls and had a 15 point lead on her closest competitor Pam Anderson before the votes were counted.

But Pam Anderson from Zuckerberg’s CTCL had the night of her life and defeated Peters by 20 points.

It was another Raffensperger Special!

Anderson came back from 15 points down to win by 20 points over Tina Peters.
It was a miracle!

The story of the GOP primary race for Secretary of State in Colorado gets more interesting the more you investigate the results.

As I noted yesterday, the big news is that an Australian businessman named Mike O’Donnell somehow got 28% of the vote (173,000 citizens voted for him!) even though polling showed he had no support, he raised $4,700 for his campaign, and 139 people were following his campaign on Twitter. The most interaction he got on his 1,300 campaign tweets was 4 “likes” on his June 27th tweet; most of them had zero interaction. He went from being a non-factor in a three-person race to grabbing more than quarter of the total vote.

Mike O’Donnell seems like a very nice guy — but can anyone explain his sudden 28% share of the vote in the most important election integrity race in Colorado? Election officials in Colorado had no explanation. Most of the county clerks in the 17 counties that Mike O’Donnell won had never heard of him. Their reactions ranged from confusion to disbelief…

…The really big news is that Pam Anderson supposedly won the race with 43% of the vote (266,000 citizens voted for her!) which is an unbelievable result — to say the very least.

It’s truly unbelievable because two months before the primary, Pam Anderson was not just losing to Tina Peters in all the polling and fundraising metrics, but her campaign was broke. She had a $5,665 balance in her campaign coffers. According to liberal site Colorado Pols, “this surprisingly anemic fundraising is just more evidence that [Pam Anderson] is a candidate without a constituency…”

Two days after that assessment, Colorado Pols considered Anderson’s campaign dead-on-arrival and added that: “Peters’ strong performance further underscores Anderson’s weakness in this race, running on a message not just disagreed with but considered treasonous by a majority of Republican voters.”

Furthermore, Tina Peters was the obvious frontrunner in every way:

“In the Republican primary for Colorado Secretary of State, all the momentum now is with Tina Peters. By every available metric, Peters is the frontrunner. Peters dominated the vote at the state assembly, and now holds a commanding lead in fundraising. Peters is getting orders of magnitude more earned media attention. Coverage one might perceive as negative about Peters’ criminal case, at least until June 28th, is not a major liability with GOP primary voters. To the extent they’ve heard of Peters, a large percentage will see her as a hero.”

So where were Pam Anderson’s 266,000 voters hiding all this time before primary day? You must remember that Tina Peters got 61% of the delegates at Colorado’s Republican Assembly in April. What about Pam Anderson — you ask?

Pam Anderson did not even attend the Republican assembly. She was so unpopular in the Colorado GOP that she was a write-in candidate who only qualified in April. She had to collect 1,000 valid signatures from registered Republicans in each of the state’s eight congressional districts just to get on the ballot. In the 5th Congressional District, Anderson managed only 1,282 valid signatures. Apparently, more than 5,000 of the 17,904 signatures submitted by Anderson were not valid.

In other words, Pam Anderson was not a wildly popular candidate among Republicans.

So how did Pam Anderson suddenly pull off a miraculous 35 point swing on Primary Day two months later with no money and no endorsements?

The only advantage that Pam Anderson had in this race: she’s on the Board of Directors for Mark Zuckerberg’s private election mafia, the “Center For Tech And Civic Life.”

Isn’t it strange that the director of Mark Zuckerberg’s private election charity for Democrats (on temporary leave!) just won the most important election integrity race in Colorado — and a GOP primary no less — as a write-in candidate with a 35 point polling swing with no money and no visible support from Republicans?