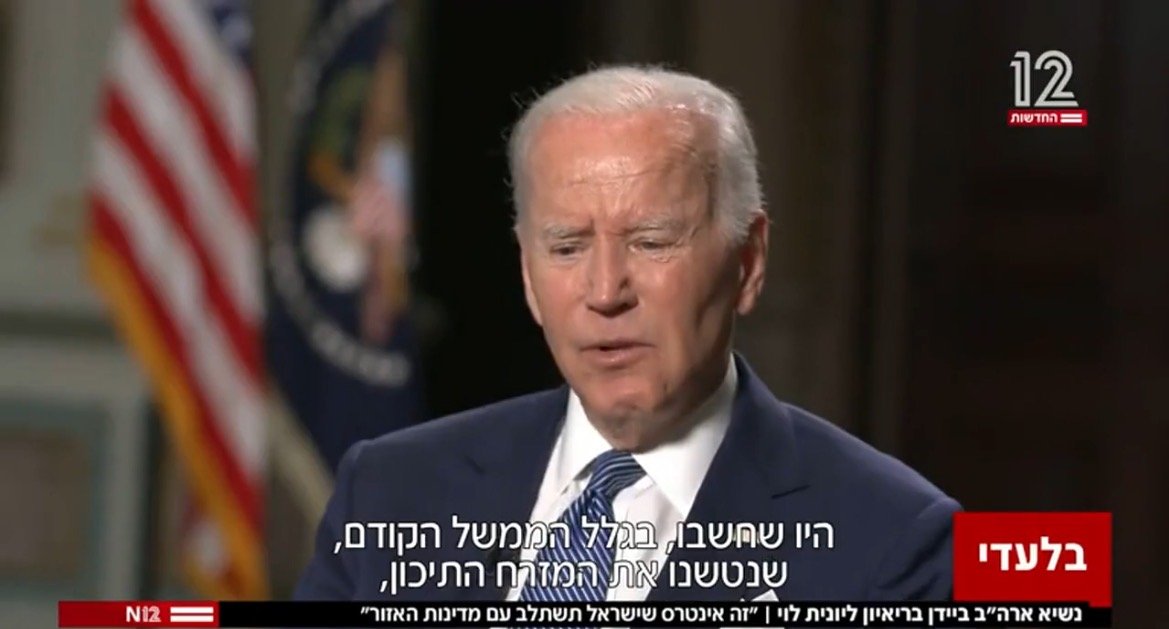 Joe Biden sat down for an interview with a foreign outlet while ignoring American media.

Biden pre-taped an interview with Channel 12 Israel with host Yonit Levi on Tuesday at the White House before he departed for Israel.

Biden also attacked Trump with lies during his interview with a foreign outlet.

Joe Biden absurdly claimed the Trump Administration “walked away” from the Middle East on foreign policy.

“With the last administration, we sorta walked away from the Middle East,” Biden said.

President Trump signed the historic Abraham Accords peace agreements between Israel, Bahrain, and the UAE in September 2020 at a White House ceremony.

Then, back in October 2020, President Trump announced that Israel and Sudan had agreed to a normalization of relations.

Sudan was the third Muslim country in 3 months to announce a peace agreement with Israel, thanks to the work of the Trump administration.

Last May Joe Biden’s then-spokeswoman Jen Psaki blatantly and willfully lied to the entire nation saying President Trump, “Did not do ‘anything constructive really’ to bring an end to the long term conflict in the Middle East.”

The post Biden Absurdly Claims Trump Admin “Walked Away” From the Middle East on Foreign Policy in Interview with Israeli Outlet (VIDEO) appeared first on The Gateway Pundit.