US Is Paying $1.7 Billion To Health Care Workers… In Ukraine 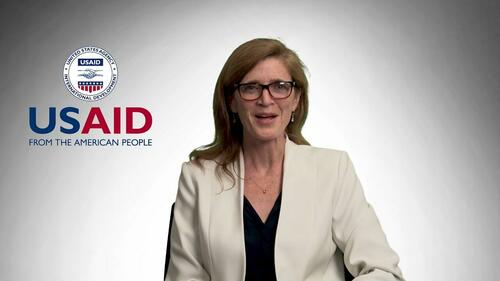 US Is Paying $1.7 Billion To Health Care Workers… In Ukraine

As the war in Ukraine heads into its sixth month, military aid from the West has become routine, with the US leading the way after so far sending $7 billion in aid to Kiev since February.

But the Biden administration isn’t just propping up Ukraine’s military and aspects of its war-time economy alongside the huge sums of humanitarian aid being regularly sent for the internally displaced refugee problem – the US is now going to pay Ukrainian health care workers.

“Ukraine is getting an additional $1.7 billion in assistance from the U.S. government and the World Bank to pay the salaries of its beleaguered health care workers and provide other essential services,” Politico reports Tuesday.

The healthcare funds come as Ukraine’s minister of health Viktor Liashko is sounding the alarm over collapsing medical and hospital infrastructure and availability, describing that paying health workers’ salaries is growing more difficult each month “due to the overwhelming burden of war.” As cited in Politico:

“$1.7 billion is not just yet another financial support; it is an investment that makes us a step closer to victory,” Liashko said in a statement.

The funds are being funneled through the US Agency for International Development (USAID), the Treasury Dept., and the World Bank.

“This aid will help Ukraine’s democratic government provide essential services for the people of Ukraine,” Treasury Secretary Janet Yellen said in a statement.

USAID has so far given $4 billion in budgetary support to Kiev as the Ukrainian government struggles to pay civic workers and essential service personnel their salaries and keep up pensions.

Summarizing these efforts while unveiling the new health worker aid, USAID Administrator Samantha Power asserted that Putin’s “assault on Ukraine’s public services continues, the United States is rushing in with financial support to help the government keep the lights on, provide essential services to innocent citizens and pay the health care workers who are providing lifesaving support on the frontlines.”

Interestingly, this is yet another instance of US leaders shoveling billions out the door to Ukraine while talking about “victory” – which is still a crucial word that’s gone undefined.

(6/6) If handing over American sovereignty to the leader of another country isn’t treason, what is?

The further irony remains that America’s own infrastructure – from bridges to electrical grids to water and sewage systems – are in many cities badly in need of attention, not to mention that not so long ago Democrats were obsessed with pushing “free” healthcare. But now Washington’s priority appears to be taking care of these things for Ukraine first.