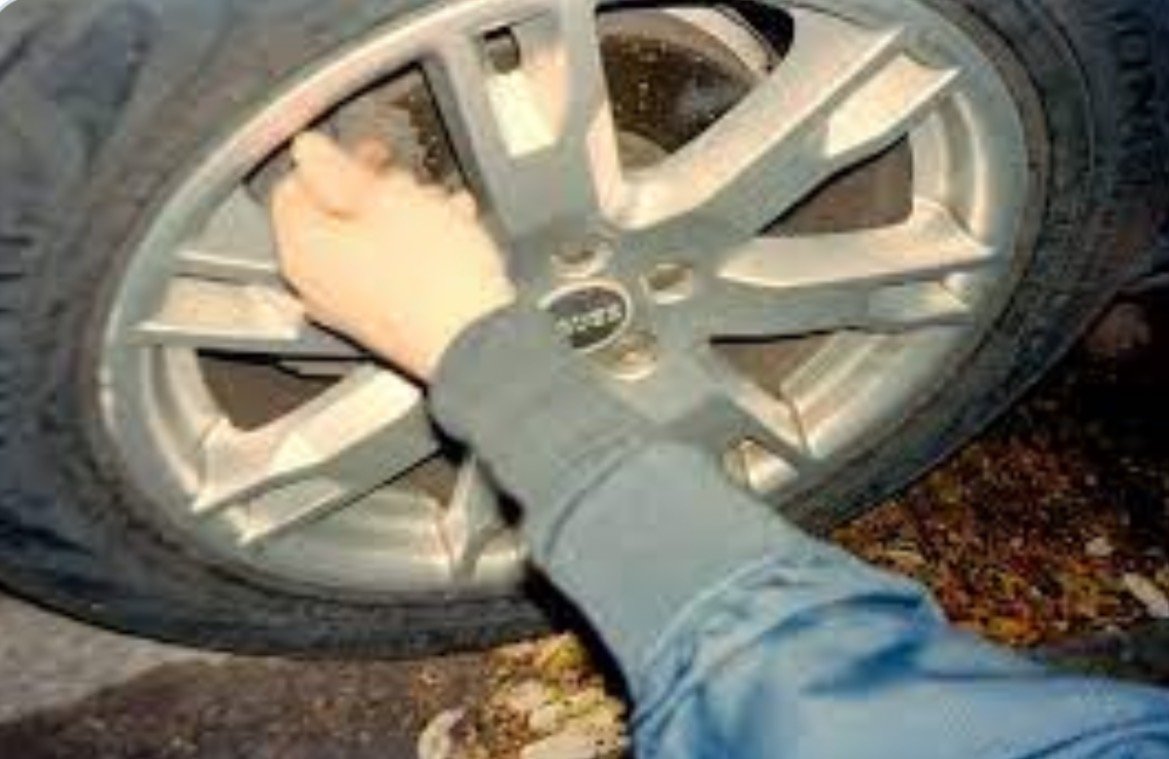 As TGP’s Kristinn Taylor reported earlier this month, a British eco-terrorist group that has operatives in the United States began targeting the “privileged few that flaunt their wealth” by deflating tires on “gas-guzzling” SUVs.

In its opening salvo in the US, the group posted online bragging about their attacks on private automobile ownership after deflating the tires on 40 SUVs in New York City’s Upper East Side neighborhood.

The group, which goes by the name “The Tyre Extinguishers,” threatened to target vehicles in cities across the US, and, has since made good on its threat.

Over the course of the past week, the eco-terrorist group has continued its radical efforts, deflating tires and disrupting everyday life for everyday SUV owners, by targeting Americans in San Francisco’s Bay Area, Chicago, Illinois, and Scranton, Pennsylvania, MSN reported.

According to SF Gate, the group is not just targeting large metro areas, either. Recently, the town of Vacaville, CA, which is about 55 miles outside of San Francisco, was targeted as numerous residents reported receiving a visit from the radical environmentalists. Reports of SUVs being targeted in the area also surfaced on social media this weekend.

It is reportedly the first time the group has hit the Bay Area.

Adding insult to injury, the group leaves behind a ‘calling card‘ of sorts with every victim – a note lecturing the SUV owner about their sins against the environment… As if the entire situation couldn’t be any more annoying…

To see how deeply unhinged the people behind these stunts are, you need not look any further than the very top line of the ridiculous note, which states, larger than anything else – in bold – “ATTENTION – Your Gas Guzzler Kills.”

In other words, you’re a murderer for driving an SUV. Where have we heard that line before?

From The Tyre Extinguisher’s calling card:

“ATTENTION – Your gas guzzler kills. We have deflated one or more of your tires. You’ll be angry, but don’t take it personally. It’s not you, it’s your car.

We did this because driving around urban areas in your massive vehicle has huge consequences for others … and [we are] “taking actions into our own hands because our governments and politicians will not.“

Despite mocking the reader and claiming the situation is nothing personal, the letter continues to lecture about the “pure vanity” of owning an SUV and accuses the owner of “not caring” about the “consequences” and “impact” on others, including their own neighbors – sounds pretty personal, especially considering how part of the group’s mission statement is to “target” the “privileged few that flaunt their wealth” by owning a large vehicle.

If sticking it to the uber-wealthy was the goal, the group would target luxury sportscars and exotic supercars – not SUVs, which are also owned by working-class individuals and families. This ridiculous stunt is just making life painful for hardworking people who drive SUVs because… meh… ‘climate change.’

Nevertheless, the radical environmentalist group continues forging ahead with plans to expand into different areas and ramp up their efforts in cities they have already hit.

According to Marion Walker, a spokesperson for Tyre Extinguishers who spoke with SF Gate, the group is just getting their operations fired up.

Walker championed the efforts via email:

“As far as we know, this is the first action in the Bay Area – the first of many!”

The organization is heavily active on social media and has a website that details its radical agenda. Visitors can access a large array of seemingly obvious tutorial guides like “How To Spot An SUV” and “How To Deflate An SUV Tyre,” which can be downloaded and easily printed.

They have also ramped up the radical marketing campaign on Twitter as of late, promising not to rest “until SUVs are history” and claiming that they “cannot be stopped:”

So far we’ve disarmed thousands upon thousands of SUVs in the UK, USA, Sweden, Germany, Switzerland, Netherlands and New Zealand.

Is your city next? This can happen anywhere. All you need is a leaflet and a lentil.

We can’t be stopped. We won’t rest until SUVs are history. pic.twitter.com/E7jREvxxLx

As for now, the eco-terrorist group has operated largely unchecked, with minimal law enforcement investigation. However, the actions of this group amount to a serious, and organized effort to flout the law and extrajudicially punish law-abiding citizens for living their lives.

It’d be nice if we had some serious law enforcement agencies out there to get a handle on this thing already, but considering the fact that a violent pro-abortion terrorist group called Jane’s Revenge is burning pregnancy centers to the ground across the country with impunity because of Roe V Wade – not to even mention the wanton crimes of BLM/Antifa, there will be little to no effort anytime soon to quell the radical greenies who are targeting SUVs.