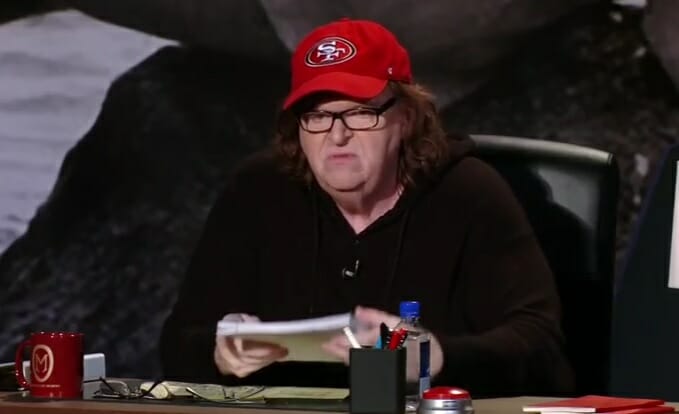 Far-Left, anti-gun rights filmmaker Michael Moore proposed a new amendment to the U.S. Constitution on Sunday that would erase the Second Amendment, and reduce the rights of most Americans.

My version of a new amendment to the U.S. Constitution that would repeal and replace the 2nd Amendment:

“The inalienable right of a free people to be kept safe from gun violence and the fear thereof must not be infringed and shall be protected by the Congress and the States. This Amendment thus repeals and replaces the Second Amendment,” Section 1 of Moore’s proposed amendment read.

Section 2 outlined the restrictions that would be imposed for the few situations in which guns could be owned. He noted a national registry and licensing program allowing guns to be used for hunting, target shooting, and most rarely for self-defense.

The section also outlines an extensive background check, including a mental health check and interviews with partners and exes. It also includes a mandatory one-month waiting period.

Section 3 calls for a written test and a firearm safety course, something Moore says must be updated annually.

Section 5 listed the firearms that would be banned under the proposed amendment.

Moore’s proposed amendment calls for Congress to regulate the types and amounts of ammunition that would be legal.

According to Section 7, police would be allowed to continue to train and use firearms but would be subject to constant monitoring and stripped of their guns if they were thought to be racist.

The final section of Moore’s ridiculous proposal says that anyone owning a banned gun would have 30 days to surrender the weapon after his amendment is ratified.

It is just another unhinged string of rhetoric from the democratic, far left, outspoken activist.