“THE NEW YORK TIMES IS TRULY THE ENEMY OF THE PEOPLE!” – President Trump on the NYTimes 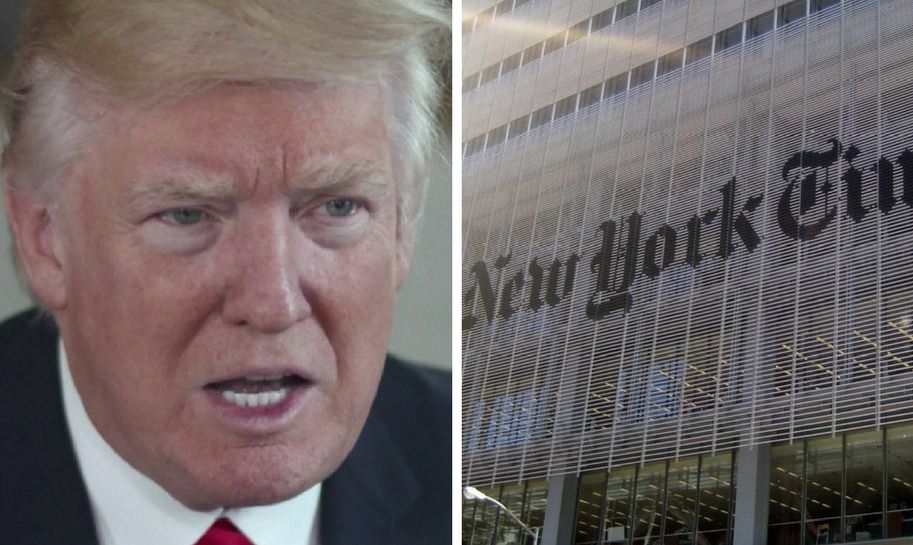 President Trump reminds America that the far-left New York Times is the enemy of the people!

Today, President Trump released the following message about the media and in particular the New York Times.

The failing New York Times is down 40% year-to-date because they are Fake News. Their reporters are dishonest, and their front page has become a work of total fiction, not news. They hate our Country, and they hate reporting the truth, which is why America is not respected and our Nation has never been weaker. Instead, they obsess over January 6, just like they did over Impeachment Hoax #1, Impeachment Hoax #2, the Mueller Witch Hunt, and Russia, Russia, Russia. The New York Times will continue to decline because people no longer believe their reporting is even close to being true. Fake polls, phony stories, and made up quotes—they are a disgrace to journalism and have set it back many many years. THE NEW YORK TIMES IS TRULY THE ENEMY OF THE PEOPLE! The New York Times is where the deep state goes to get their garbage reported.  It was behind the Mueller sham and now the Jan 6 sham.  It isn’t a media source, nor is any of today’s mainstream media, they are all disinformation broadcasters.

President Trump had issues with the New York Times due to its biased reporting during his Administration.

The post “THE NEW YORK TIMES IS TRULY THE ENEMY OF THE PEOPLE!” – President Trump on the NYTimes appeared first on The Gateway Pundit.