Soft-On-Crime New York Releases Drug Cartel Runners One Day After Being Caught With $1.2M In Meth 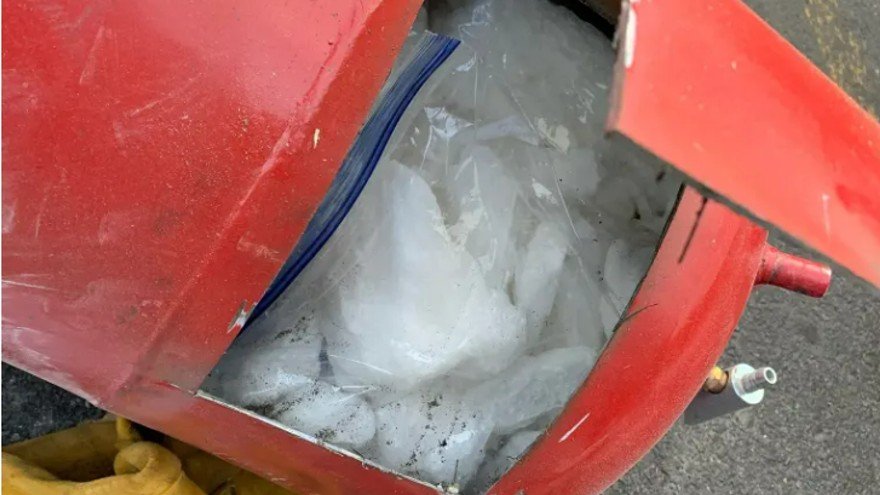 Two men allegedly tied to the Mexican Cartels were arrested last week in New York City after being caught with approximately $1.2 million of crystal meth but were released just one day later due to soft-on-crime policies.

Luis Estrada and Carlos Santos allegedly drove a van from California to New York with about 165 pounds of crystal meth that authorities believe originated from Mexico.

However, the suspects were released on supervised release one day later because the two could only be charged with second-degree criminal possession of a controlled substance. Meth is not classified as a narcotic based on outdated drug laws in the state.

As a result, the charge does not qualify for bail according to New York’s soft-on-crime 2019 bail-reform measures. The measures, which continued to spark debate, were intended to reduce jail populations and the number of interactions required by authorities. However, they have allowed criminals to continue to operate with fewer consequences in a city plagued by rising crime.

“This is a serious problem,” Bridget Brennan, New York City Special Narcotics Prosecutor, told the New York Post. “The failure to include methamphetamine crimes among bail-eligible offenses was probably an oversight.”

“At the time the bail laws were changed, New York City was not a distribution hub for methamphetamine. Now it is, and we are unable to even ask for bail, even if we arrest someone with no ties to the city and a load worth millions of dollars,” Brennan said.

Under current New York State law, neither man could be charged with a bail-eligible offense, according to the authorities.

“Methamphetamine is categorized as a controlled substance, but not a narcotic drug. Regardless of the amount of methamphetamine involved, and regardless of a defendant’s lack of connections to New York State, under current law judges may not set bail on cases involving the possession of only methamphetamine,” officials said in a statement.

“This seizure is a calculated treachery by Mexican Cartels to flood the United States with their poison and expand their customer base while driving addiction and increasing profit margins,” said Frank A. Tarentino III, of the U.S. Drug Enforcement Administration’s (DEA) New York Division.

The seizure and ongoing struggle to control meth in New York City is a constant concern for officials. In a recent report released by the New York State Department of Health, deaths involving methamphetamines spiked from 0.3 per 100,000 residents in 2016 to 1.7 per 100,000 in 2020.

The post Soft-On-Crime New York Releases Drug Cartel Runners One Day After Being Caught With $1.2M In Meth appeared first on The Gateway Pundit.