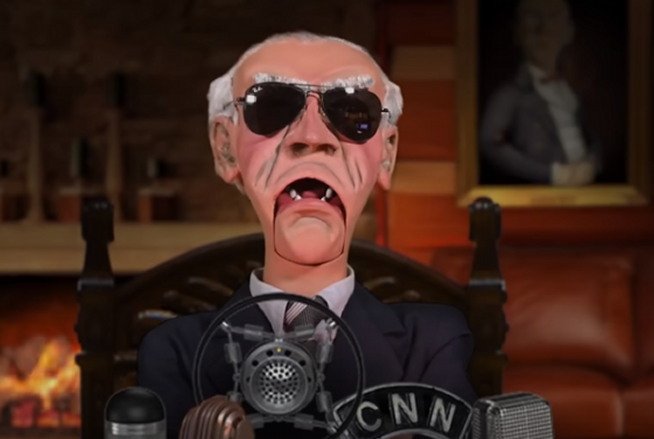 The ventriloquist and comedian Jeff Dunham has released a new video which presents a puppet version of Joe Biden and mocks the president hilariously.

It’s so refreshing to see someone in entertainment mock a Democrat.

Comedians never shy away when Republicans are in charge but Democrats typically get kid-gloves treatment.

Jeff Dunham’s ‘Fireside Shat’ with Biden: ‘Nobody Likes Me’

The first crisis of the Biden administration could be looming: America may have a president, the first in generations, who is impervious to impressionists.

Yes, someone actually wrote that. Talk about an opinion that didn’t age well. The USA Today piece isn’t quite as embarrassing, but it’s close.

Fast forward to today. Comedians are still hesitant to mock Biden, but it’s not for lack of material.

And the Commander in Chief needs note cards to process a simple social engagement. That’s when he’s not reading his directions out loud to the masses…

The brilliant ventriloquist isn’t a political comic. He’s best known for his goofy wisecracks and indelible characters like Walter and Peanut.

He still brought out a Biden puppet to deliver the first of what may be many “Fireside Shats.” That title refers to rumors the president couldn’t hold back a bowel movement while meeting Pope Francis.

It’s amazing how much the puppet actually looks like him, isn’t it?

Be sure to share this with the friends and family members you know will love it.