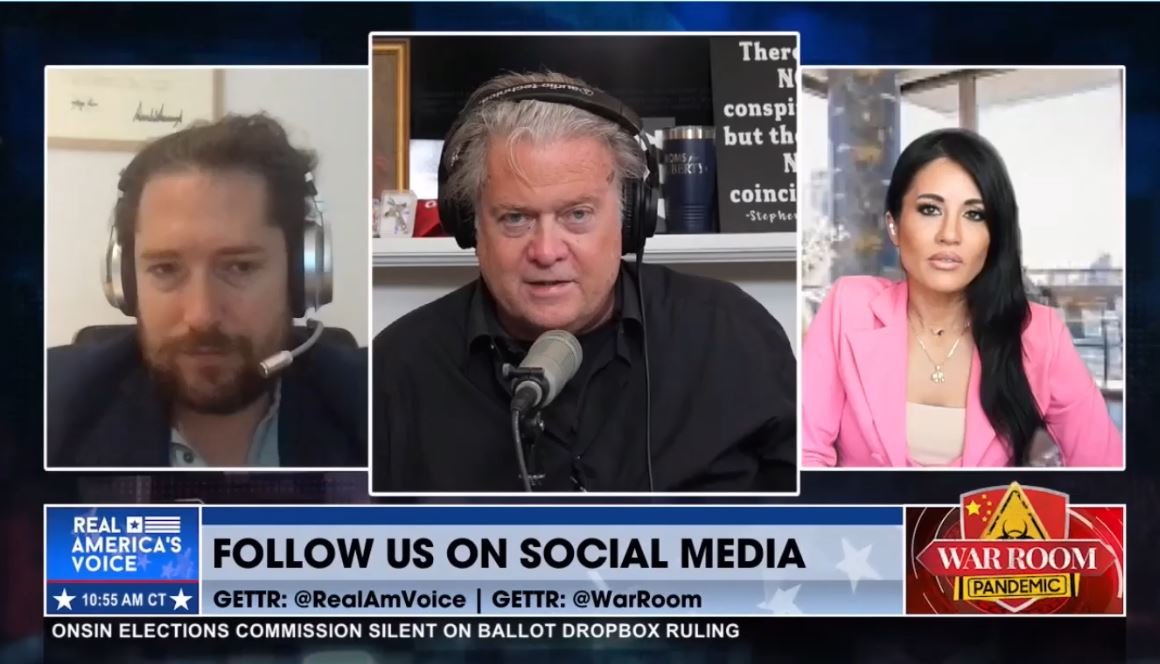 On Monday morning TGP contributor Cara Castronuova released whistleblower documents, text messages, and audio transcripts of FBI informant James Knowles’s communications with his FBI handlers on January 6. The evidence exonerates Trump supporters and the Proud Boys of any conspiracy or planning to storm the US Capitol, to enter the US Capitol, or to overthrow official proceedings.

The evidence reported by Cara at The Gateway Pundit

Later on Monday The Gateway Pundit’s Jim Hoft joined Steve Bannon on The War Room to discuss our findings.

Jim Hoft read aloud the text messages from the FBI informant to his handlers from outside and inside the US Capitol on January 6th.

The FBI had the evidence that there was “no conspiracy” or plans made by the Proud Boys and others to invade and take control of the US Capitol.  The FBI ignored this information from their own operative.  They ran with lies about an insurrection instead.

The FBI and DOJ have been lying to the American public ever since.

Why does Chris Wray still have a job?

Darren Beattie told Steve that The New York Times buried information in one of their hundreds of reports on the January 6 protests that there were at least two FBI operatives inside the Proud Boys.

This morning Revolver New reported that they have confirmed our source and reporting from Monday.

This is really BIG NEWS!

**  You can read their exclusive report here. The post MUST SEE: TGP’s Cara Castronuova and Revolver’s Darren Beattie on The War Room – More Proof of FBI Operatives on January 6 (VIDEO) appeared first on The Gateway Pundit.