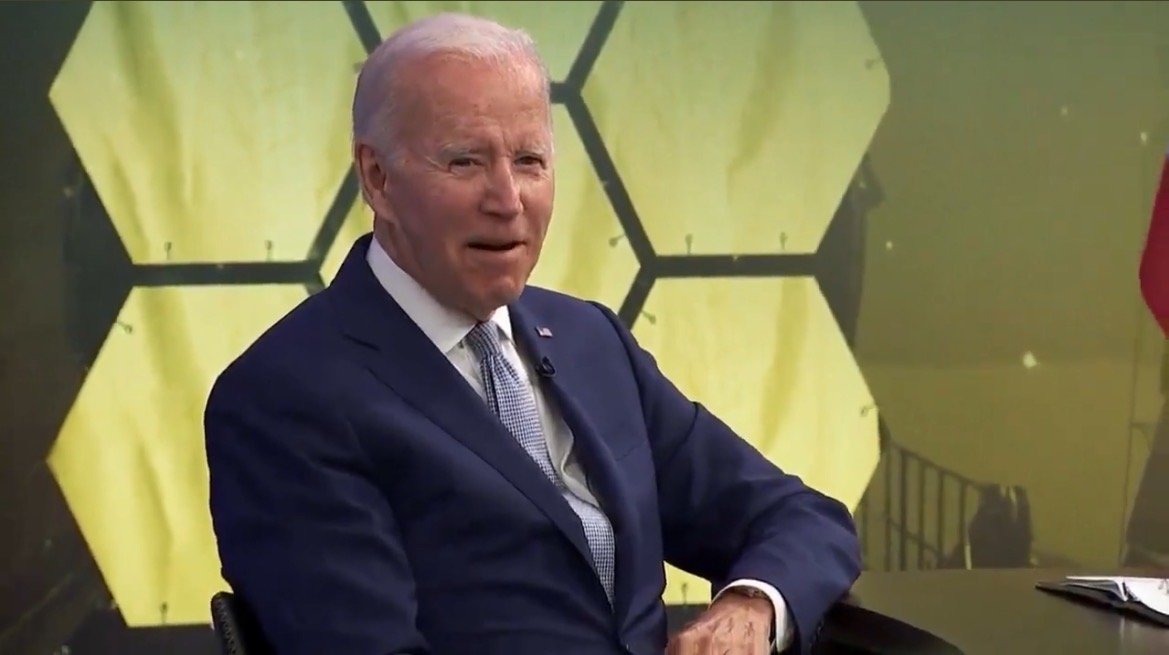 NASA on Monday released new images of the sharpest infrared view of the universe to date from the Webb Space Telescope.

“Previewed by Joe Biden on July 11, it shows galaxies once invisible to us.” NASA said on Monday.

Previewed by @POTUS on July 11, it shows galaxies once invisible to us. The full set of @NASAWebb‘s first full-color images & data will be revealed July 12: https://t.co/63zxpNDi4I pic.twitter.com/zAr7YoFZ8C

Joe Biden previewed the images from his fake White House set in the South Court Auditorium.

Joe Biden mumbled a bizarre jab at the press: “I wonder what the press is like in those other places.”

Biden sat there with his arms folded and mouth agape as his aide kicked reporters out of the room.