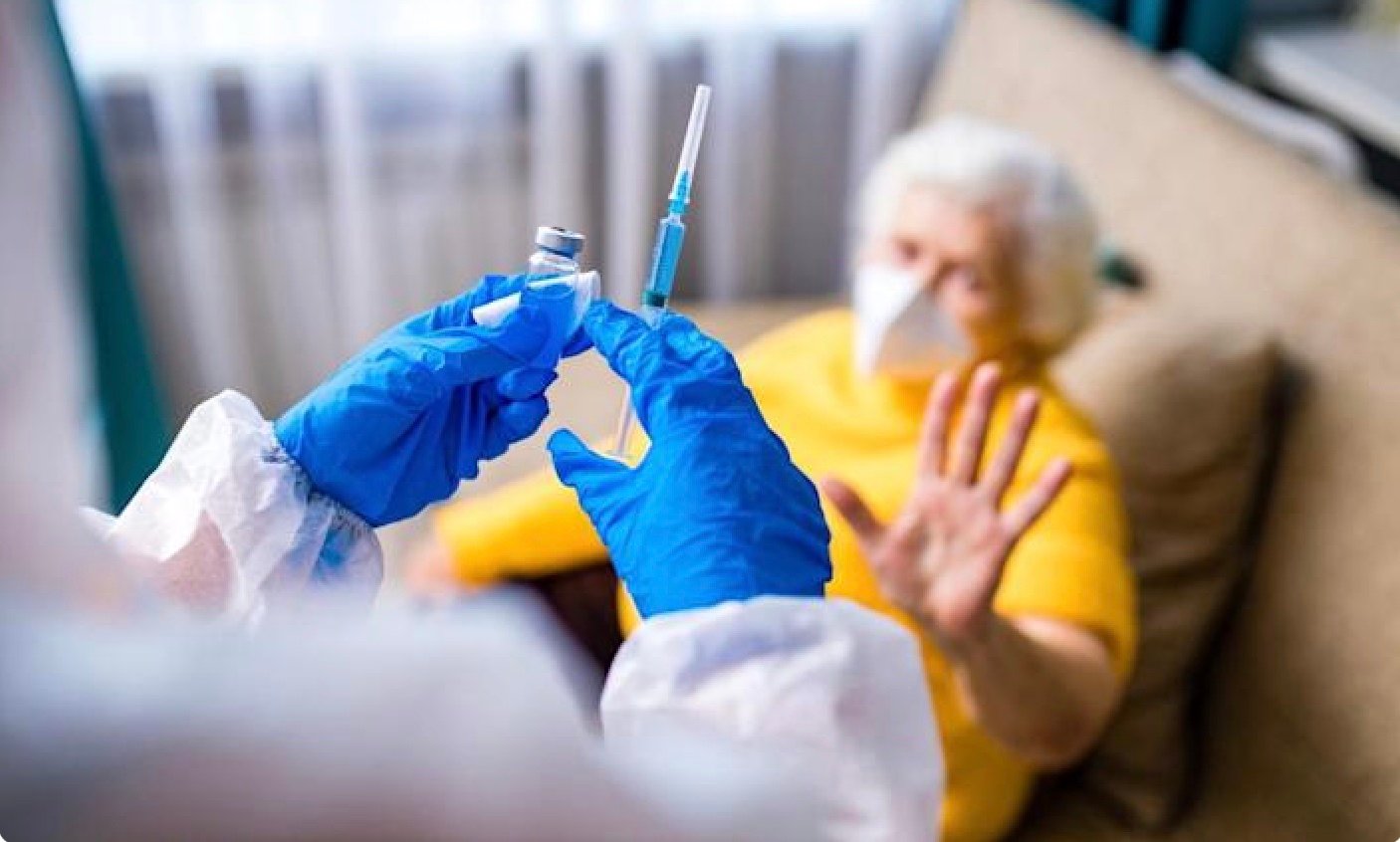 New Zealand medical professionals have penned an open letter to the authorities requesting that an investigation be conducted into the deaths that have occurred since vaccinations for Covid were administered.

An unredacted version of the letter from the New Zealand Doctors Speaking Out With Science (NZDSOS) is being prepared for the police, according to the news release.

“There is a shockingly large burden of deaths and injuries following the Covid-19 vaccines, of itself and compared to any other treatment or vaccine in modern times,” NZDSOS said in a statement. “We report many cases that DEMAND proper investigation, as befits any medication lacking safety studies.”

“Our surveillance systems have been disabled in order to hide the extent of harm. Adverse event reporting is NOT COMPULSORY, and this alone undermines any attempt to portray the injections as safe. CARM was never designed to early warn about experimental drugs rolled out to massive numbers,” NZDSOS added.

“Children and young people are dying and suffering particularly cardiac injuries (though many healthy elderly have died too), whilst their risk from covid-19 is particularly low. We believe we are being lied to. We present many cases halfway down this post,” the letter continued.

“We appeal AGAIN to the Police, headed by Andrew Coster, and our MPs, to intervene to protect the People,” the letter pleaded.

“There is an evolving humanitarian crisis, and the government, Police, vaccine industry and most doctors are lost at sea. For God’s sake, people, let’s make our Police and MPs put a stop to this now!” NZDSOS stated.

The letter highlighted certain deaths that were pulled from the Citizen’s Database. The deceased were mostly young adults, some of whom were even children, and they passed away unexpectedly and suddenly, according to the Rio Times.

In many cases, their deaths were caused by blood clots in the brain or the heart. Below are some of the names listed:

Eddie, age 13, Wellington. Died in his sleep, several nights after jabbed at event with some of his school buddies. presumably he is the teen mentioned here by MOH

Joanna. 15 year old, Auckland. A friend’s mum reported the death. Joanna collapsed in her bathroom, her heart had stopped. She died on the way to the hospital, or whilst there.

Katie age 13. Died October 2021 in the arms of a  camp helper about a week following her first jab. Cause of death myocarditis, initially diagnosed and treated as asthma by GP.

Simon age in his 50s. Usually healthy. Died suddenly at work in October 2021, of heart failure shortly after vaccination. Details of dates not available.

Aio age 16. Whangarei school girl. Died Dec 2021 2 weeks after jab from brain bleed and blood clots. Some hospital staff agreed privately that vaccine had killed her according to family members.

Isabella Alexander age 17. Died Sept 2021. Cause of death multiple blood clots. Collapsed in father’s arms out running. Had felt unwell since a week after 1st jab. 3 days later PM told nation on TV that it was not the jab. Coroner still not reported as of writing, 9 months later.

Grace age 23/24. Died Sept 2021. Cause of death blood clots. Had second jab 10 days prior, unwell after, small seizures, last seizure neck broke during and a friend found her purple on bathroom floor, dead. Hospital denying, saying “it couldn’t have been the vaccine”. Why on earth not?

Annabelle age 38. Died two hours after 2nd jab in Sept 2021, was a care worker and no choice – doctors declared bad reaction to covid shot caused blood to clot. Allegedly, hospital agreed the jab killed her but asked family to sign a gag order.

Aneela, in 30s, died suddenly during childbirth in Auckland, a week prior had her jab. She was found to have blood clots. Her baby was delivered by caesarean and died at 4 days.

Rory Nairn, 26, of Dunedin. Died of myocarditis on 17/11. The MOH have acknowledged this as one of 3 vaccine-related deaths up to this point. They implied he delayed seeking medical help.

Tongan couple, South Auckland, BOTH died mid-March 2021, within 12 hours of each other. 5 children left who have been awarded compensation during teenage years. Names withheld. Lawyers confirm the case.

Harry, 76, died of heart attack on the day of 1st vaccine. Leaves wife and 4 children.

Martin, 62, Auckland. Advised that coroner confirmed verbally was a post-vaccine death but refused to put in writing or report to CARM. Leaves a devastated family.

Joe, 41, of Auckland. Found dead by police a week after his first dose. Very unexpected.

Mike, 47, Wanaka. Suddenly died at work, unknown cause, 3 days after 1st jab. Family said they have been gagged, but believe vaccine killed him.

Keith, 68, Canterbury, fell off a ladder sometime after booster, but autopsy showed no injuries to explain his death. Perhaps cardiac arrest or stroke leading to the fall?

Maureen, 61, Timaru in Feb ’22. Progressively unwell after each jab, had booster tho extremely fearful, died 2 weeks following this. Some preconditions but obvious decline after 1st shot.

Ivan, 75 of Turangi, in Jan ’22. Healthy man, collapsed and died in the bush after booster. Family calling for painstaking investigation.

Merv, 50s, of Taranaki. Healthy but died in sleep sometime after 2nd shot. Well people dying unexpectedly in sleep is unusual but not the number in this list.

Elizabeth, 65, a nurse, collapsed from blood clots only hours after first jab in April ’21. Allegedly a senior medical civil servant rang her workmates to say it was the flu jab. They knew otherwise. This might be fraud if so.

And many more, you can read the rest here.

NZDSOS appeal to the police is shown below:

It is not enough to hide behind apparently controlled, failed or corrupted government institutions.

You are here to defend the public good. Period. You are supposed to know wrong from right; lies from truth.

You have ignored 3 open letters from our legal colleagues discussing vaccine harms, and alleging serious vaccine contamination. Evidence we have submitted that alleges the same and suggesting criminal dereliction by the Medsafe regulator has been denied by Police commanders, who say it does not reach a standard representing harm. How much worse should it get? Yes, it is all indeed “preposterous”. They shelter behind Medsafe’s responsibility to investigate but they refuse to act in the face of it’s inaction. As we have said before, your vaccinated staff belong to the wider citizenry receiving these contaminated products.

We are alleging death by regulatory failure, as you know. You will see in the summarised death reports (representing a third of over 450 available) that there are some allegations of professionals and Police deviating from the usual processes that should follow a possible death from medical treatment. Of course, the unredacted list we give you is absolutely confidential except as needed for your formal investigations.

If one human being can behave in a compromised way in organisations where control and intimidation come down from on high, it is very likely – inevitable even – that many others will too, thus enabling a system-wide collusion that may not be obvious to individual actors, who see themselves ‘just a cog in the wheel’. Some of these people do feel a personal or collective guilt, so then an instinct to press on, to keep quiet, enabled by their superiors and being in far too deep to pull back or speak out by this stage. We have spoken to a few workers who are convinced their lives would be at risk if they go public, even with whistleblower protection laws. A few claim they have precedents for these views, which is truly shocking for us to hear. May these people have a safe arena in which to tell their stories soon.

Plenty of evidence has gone to file number 220215/0669. Here is some more. We allege fraud on the PCR test. This evidence is now a year old but Dr Jessica Rose, a statistician, has just used the Wayback machine to show real-time scrubbing of incriminating evidence of pre-planning.

Here at home, through Official Information Act requests; by following the course of individual reports made to CARM; and by questioning individuals involved, we say there is enough deception, denial, obfuscation and opacity to suspect cover-ups of evidence of harms, even down to the of deleting injury reports made by patients directly to Medsafe and MoH itself. We know that the MoH pre-screens reports of injury and deletes some before sending the rest on to the Centre for Adverse Drug Monitoring (CARM), a private organisation headed by Professor Michael Tatley at Otago University. Both he and MoH each say the other has final responsibility for attribution of vaccine to the injury, but there are other individual players, committees and apparent ‘black box’ mechanisms to complicate things further.

If you wanted, you could simply interrogate the government’s Covid Immunisation Register (CIR) and cross-check against the Register of Births and Deaths. Or we will do it if you can get us access to the raw data. But we see you are busy recruiting your new “Covid enforcers” to start 1st September. Wouldn’t it be better to train more detectives to investigate all these deaths, and find any criminals responsible? Or are they somehow protected?

You can read the open letter here.