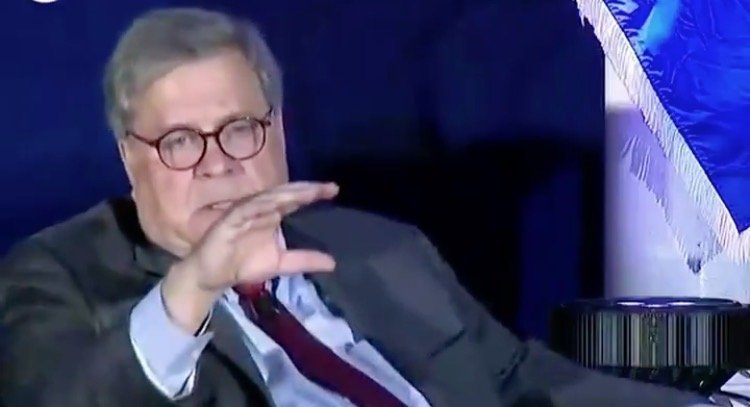 Bill Barr was named Attorney General by President Trump and he came in and shut down the Mueller sham.  Because of this many Americans thought he was a hero.

Unfortunately, Barr never did a single thing after that.  He created the Durham investigation that has done nothing about the attempted coup of President Trump.  To this day all the individuals that were involved in this treasonous event walk free.

Barr did nothing about the Hunter Biden laptop.  He allowed individuals in the intel community to claim it was Russian disinformation before the 2020 Election.  Barr failed to ensure the truth about this disgusting device full of Hunter Biden-related crimes.

Barr also then agreed with the assertion that pedophile and Clinton friend Jeffrey Epstein committed suicide in jail.  There was too much information that showed otherwise. Anyone could see it was not suicide.

Now it’s being reported that Bill Barr is being brought in as a witness in the Dominion case against FOX News.

Former Attorney General William Barr has been subpoenaed as part of an ongoing 2020 election defamation lawsuit against Fox News brought by voting machine company Dominion Voting Systems, according to the court docket in the case.

The 2020 Election was a mess.  There was crime, fraud, and garbage all over the place.  The election never should have been certified.  Barr however went absent after the election.